For the last five or six months I have been straining every follicle. Not that I'm keen on facial hair, but it has amused me and others, and saved on shaving time. The original aim was a Lenin, but somehow I couldn't tope it accurately; it seemed closer to Colonel Sanders. Recently, I wanted something more van Dyck (Anthony, not Dick), with a pointy beard and cheery moustaches. Captain Alatriste, I'd like to think.

But I have always said I would lop it when it ceased to amuse me, and today was that day. In any case, it might be impractical in hot and steamy Seasia, and people might think I'm odder than I really am.

This was the beard at spring tide. 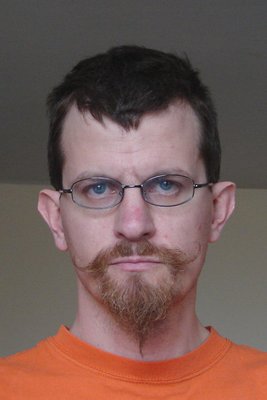 This was half way through its lengthy and difficult defoliation. A Fu Manchu? 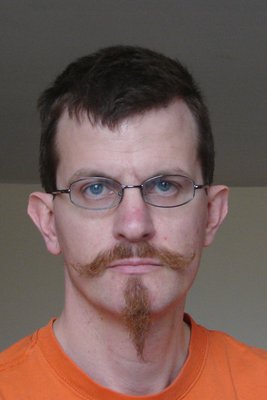 Here is the final look. 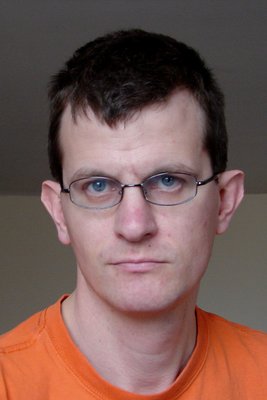 I think I look about four hundred years younger.

I'm supposed to be doing some work this weekend, so displacement activities are becoming attractive. It occurred to me that I hadn't seen or heard anything about iron lungs for some time, and in the circumstances it was imperative to find out about them right away.

An iron lung is a negative pressure ventilator that allows patients who are unable to breathe for themselves to breathe. The body is placed in a sealed tube and the air pressure is alternately reduced and increased, forcing the chest to expand and contract. They filled hospital wards in the 1950s and 1960s, when polio was common. The unluckier polio victims ended up with paralysed diaphragms, and only the iron lung, invented in 1928, kept them alive. I remember seeing references to them even in the 1970s, when new infections of polio had been eradicated in the UK. It seemed a hideous fate, to be encased for ever in a noisy tin can.

But they still exist and are very occasionally used: see this BBC article and this Wikipedia entry.

By the sound of it, Bangkok is a Chicago economist's perfervid fantasy: everything is available, for a price. So there's no need to pack medicines, for example.

And everyone knows that the gravest sin is to overpack. But I always do, because I take books. Books are, as Savonarola insisted, a burning issue.

The dilemma is particularly severe on this trip, because I could take a number of guidebooks (the yellow Lonely Planet weighs as much as a late Harry Potter), and there are all sorts of other books that I'm only ever likely to read while generously leisured, swinging in a hammock (to take some ambitious examples from my shelves, Karl Popper The Open Society and its Enemies; two books on financial mathematics; James Joyce Ulysses; Gibbon Decline and Fall, unabridged; Zoe Oldenbourg The World is Not Enough; A Book of Middle English; etc).

English books are available on the road, but they are a) very expensive or b) fairly expensive, second-hand, and rubbish (Cherish Your Inner Tree). What Is To Be Done?

Soon, the answer will be to take an e-book, the book equivalent of an i-pod. I looked at various e-ink devices:
- Amazon Kindle. Looks great. Uses a 3G network, so can be used to download content anywhere. Anywhere with an NFL franchise, that is. Not sold outside the US.
- Readius by Polymer Vision. Features a screen that rolls up, 4 GB memory, 10-day battery life, 5 inches across the diagonal when unrolled. It has both USB and mobile phone functionality. Unlike Kindle, it will operate almost worldwide, using 3G network. It weighs only 115g! Will also play MP3 files and audio books. The downside: it will be launched in the third quarter of the year at a cost comparable to an i-phone.
- The Sony PRS-500 Reader is an ageing e-book reader in the US. More recently, Sony introduced the PRS-505. Neither has wireless or 3G functionality, and neither is available in the UK. End of research.
- Sony LIBRIé. This is a Japanese language reader. It can be hacked for other languages, but that's beyond me. And it's getting on.
- Hanlin eReader by Jinke, a Chinese company, which allegedly also calls it the i-book. Retails for $325. Also sold in Turkey as the WalkBook, $310. Nothing to suggest it's available in the UK, which for electronics companies is a small island off Africa.
- Cybook Gen3 by Bookeen. At least this is sold in the UK. It costs £245 direct from bookeen but is currently sold out. Weighs 174g, with USB connection.
- iRex Technologies iLiad Reader. Also available in the UK. This comes with a stylus and you can annotate PDFs, with some difficulty it seems. USB or Ethernet. At £377 + VAT, it's very expensive.

It's too soon to take one travellling, it seems. Right now, they cost a lot and have low connectivity. It's not worth spending several hundred pounds to avoid the burden of carrying a few books. So the answer at the moment is to give up, or even, at a pinch, to mail books to Bangkok. In fact I've compromised and downloaded quite a lot of free content from Project Gutenberg. It has thousands of classics, although they're generally in old editions or old translations, like Wordsworth Classics but costing even less. I'm considering taking my laptop with me for various reasons. Even if I do, I don't suppose I'm going to want to read much on it, because reading from a small backlit LCD screen is hard on the eyes (this is the motivation behind the beautiful nanotechnology that is e-ink). I do, though, have some good stuff in fun-size quanta: Aesop, Arabian Nights, Boccaccio, Sherlock Holmes, Saki, Wodehouse. I'm looking forward to these.

Why Thailand to Thailand?

Because my airline ticket says so. It doesn't say anything about the interim: just two observations with a probability distribution in between. Put another way, I don't yet know where I'm going.