It’s been a long time. Fast internet connections in Lombok are rare - I have just now discovered that Lehman Brothers failed and HBOS has agreed to a bid, and I have missed the most exciting times in financial markets for nearly eighty years - and I have not in any case had the time to blog.

The Java-Bali-Lombok tour is now over. The group waxed and waned in number but never gelled very well.

Most of us started in Yogyakarta, where we took trips to see Borobudur and Prambanan. After Malang we went up several volcanoes, sometimes under our own steam: Bromo in Java, Batur in Bali, Rinjani in Lombok. We saw quite a few temples in Java and in Bali, before climbing to the crater of Gunung Rinjani and spending a few days on the beach in the Gilis, islands west off Lombok. I am now back in Ubud, Bali, wondering what to do next.

In Yogya, near the Kraton, is the bird market, where birds are sold in small cages. Lovebirds, budgerigars and orioles are popular. 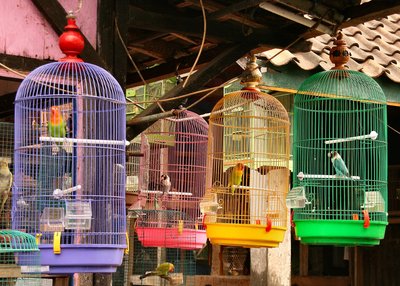 Bird feed in the form of ant larvae and cicadas is also sold. Fighting cocks are on sale. I was shown a cock that had won a few fights but had lost its last one: it had lost its mohican after its defeat. Bats, including flying foxes, are also available, as are geckos, iguanas and monkeys. 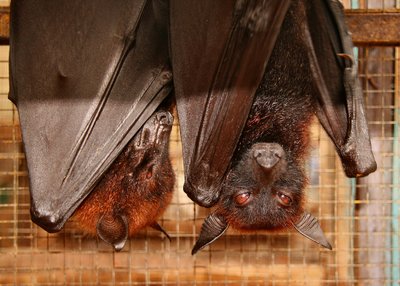 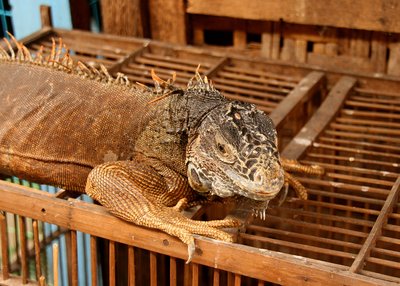 Most of the small cages do not bother me too much, although I am not in favour of them, but the monkeys are in a sad way and displaying the repetitive behaviours cased by imprisonment in a tiny place. 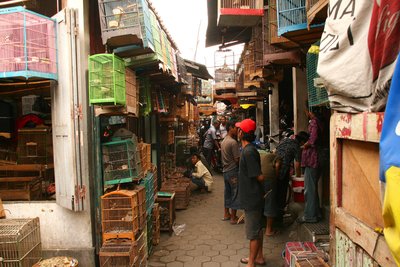 Posted by Wardsan 20:25 Archived in Indonesia