I don't have much time, so just a brief chapter today. I’m diving in Semporna. Today I saw couple of green turtles, which made my day. And a mandarinfish.

While wandering around the colonial district of Singapore I saw cricket. The Singapore Cricket Club Social XI were playing a friends’ side first created to celebrate the skipper’s fortieth, and now convened annually. 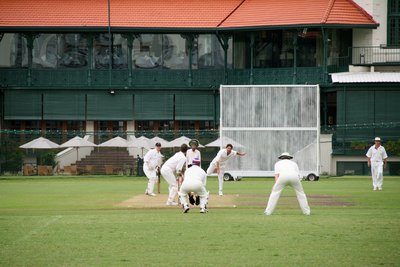 It is a wonderful place to play cricket: on the Padang, in front of the Supreme Court and City Hall. The court handles so many cases that City Hall is now used to house the overflow. This is City Hall. 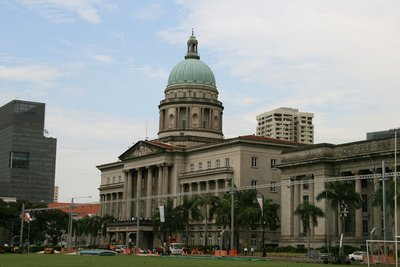 There were sports played on the Padang from the early days, but cricket became the most popular. The Singapore Cricket Club was founded in 1852, ten years after the Turf Club. Members also played bowls, tennis and billiards. Football and rugby were introduced in the 1880s and hockey in the 1890s.

All members were male Europeans. Women were admitted in 1938. Today, reflecting the city-state in which it exists, it is a multiracial club.

The present pavilion was built in 1907. 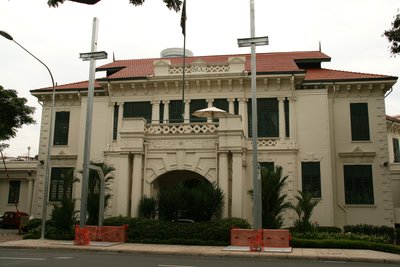 The club was used as a temporary hospital in the battle for Singapore in 1942. During the Japanese occupation it
was used as a restaurant and bar for Japanese officers. It was then used by the British Military Administration for a year before being handed back to the Club. 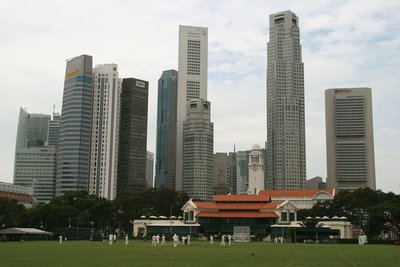 And outside the club is a Belisha beacon. It all made me nostalgic for home.

Posted by Wardsan 20:14 Archived in Singapore