The only island on which tourists can stay is Selingan, aka Turtle Island. Tourist places are limited to 60 a night. The place is wholly owned and managed by Crystal Quest, which accordingly charges monopoly prices. I rang Crystal Quest only to be told that they were booked up until the end of October, the end of the peak breeding season, and also for much of next year. But many of the places have been block-booked by travel agencies. The first agency I tried said that they had no spaces all month; but after a phone call they said that there was a space on the 15th. This was exactly the night I wanted; an immense stroke of luck.

It is nearly an hour by fast boat from Sandakan. The boat is powered by twin 200hp engines which throw up huge sprays. They retail for 48,000 ringgit each in Sandakan - about £8,000. There are ten of us: two Brits from Wilmslow, and seven others speaking a barbarous Gothic derivate. We arrive in time for lunch and have the afternoon free before the turtles arrive. 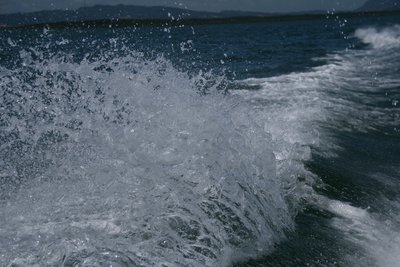 The beach is cratered like the DMZ in Vietnam. But a pair of bilaterally symmetrical tracks leads to and from each crater. 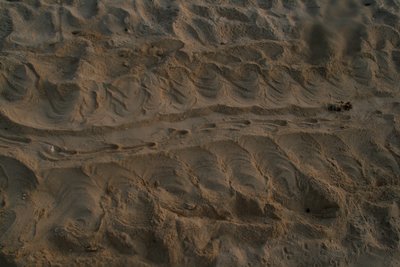 Some of the tracks lead for 100 metres. Each crater is an egg pit.

I hang in a hammock for a couple of hours immersed in another Patrick O’Brian, happily found in KL. The island is crawling with monitors. When you are motionless they don’t see you, and several wander on to my little patch of grass. 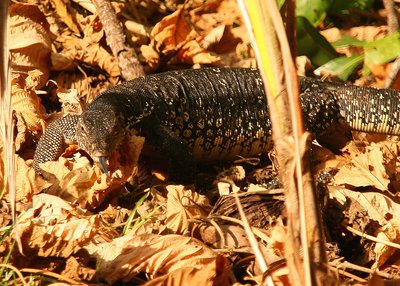 There three species of monitor in Sabah and 61 in all, all of the genus Varanus. The largest is V. komodoensis, the Komodo dragon. The second-largest is the water monitor, V. salvator, which is the most common in Sabah. The other two species in Sabah are Dumeril’s monitor and the rough-neck monitor.

They have narrow heads like snakes, and they flick forked purple tongues in a serpentine manner, and like snakes they swallow their prey whole. They have long tails: a four-foot monitor is about half tail, and is probably a juvenile. The juveniles often have a pattern of light yellow spots, like a leopard in negative. Water monitors can grow up to over two metres and weigh 25kg, and we saw some large ones in Melaka. Like smaller lizards (other than geckos) they possess elongated phalanges, and long claws for climbing the trees in which they spend most of their time. Between tip and tail hangs a proud belly, bulging like a half-inflated balloon. Their front legs rotate with elbows high, like tortoises’, and their hind legs rotate around the hips like those of a just-walking toddler. 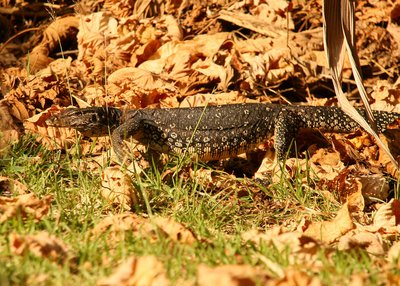 According to the Qlders on the Imaginative tour to Singapore, the instinctive response of a frightened monitor is to climb the nearest tree; failing that, the nearest vertical human will do. That would smart.

Afterwards I went for a snorkel in the shallow water above a reef. There was very little clearance and I had to float as if spatchcocked to avoid the coral. 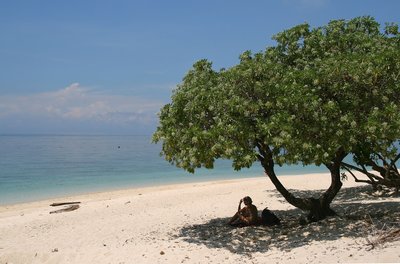 From 6.30 we were imprisoned inside the restaurant. The turtles arrive at any time after sunset, when it is cooler and safer. The green turtles favour Selingan; the smaller hawksbills neighbouring Gulisan. Four rangers patrol the beaches, radioing in each landed turtle. They work all night and live a nocturnal life.

At 7.30 we are briefed upstairs. It’s staggeringly hot and I’m not well, so I leave rather than measure my length on the floor like a guardsman.

We are split into two groups and once one of the turtles has dug her cavity in the sand and begun laying, we are summoned by the words ‘turtle time’ and told to hurry. As we hurry by the light of the full moon, a couple of us nearly trip over a large metallic nodule: another turtle. We are required to stand in an arc behind the chosen turtle, to avoid disturbing her, although she seems to be in something of a trance anyway. A single torch is shone straight at her ovipositor. 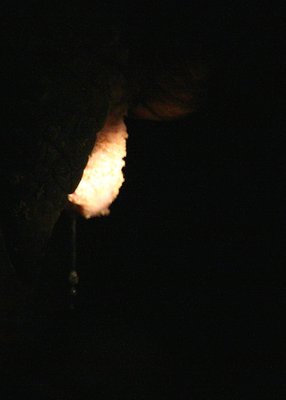 After five minutes she starts thrashing her hind legs, covering up the pit. Unknown to her – she’s like a truck without wingmirrors - a ranger has taken all 89 eggs and put them in a bucket to be transferred to the hatchery. 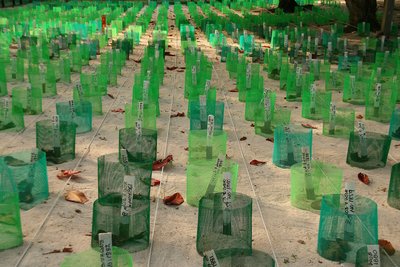 Without flash, in the dark and with a moving target, it is impossible to take a usable photo. Another time I would not bother trying – it detracts from the moment – but I am enjoying playing with my new camera.

Green turtles usually lay in batches of 50 to 80, although 150 is not unknown. (In all, 29 turtles were to lay 2,045 eggs that night.) The eggs are fairly large, and flexible, not apt to shatter. The turtles expel 5 or 6 at a time, at which point the ranger collects. She will lay four or five times each season before heading back to the feeding grounds.

After she has finished laying they measure her length and width across the dome: about a metre each way. Green turtles are surprisingly large, and adults usually weigh 130 to 150 kg. They may begin to breed at eight years in captivity, but in the wild it is more probably 25 or 30 years before they start. She is tagged if not previously pierced.

Then we follow the ranger to the hatchery. Here all the eggs laid on Selingan are collected and protected. A pit has already been laid, around 70 cm deep. The ranger takes the eggs, puts them in, inserts a protective mesh and covers the pit with sand. (There is nothing the monitors and eagles would like more than a few turtle eggs.) He labels a stick with the date and number of eggs, and the ID number of the mother. The hatchlings will leave their shells in 50 to 60 days. A couple of nights after, they will swim upwards through the sand.

Like crocodiles, their sex is not determined by sex chromosomes. If left uncovered, the pits produce mostly female hatchlings. If covered, and therefore cooler, they will produce males. A difference of 5 degrees C is enough to swing the balance.

Then we go to another pit where the hatchlings have surfaced. A ranger puts them in a bucket – each is tiny, perhaps three inches long - and we follow him to the beach. Hatchlings will head towards the brightest object they can see – usually the sea. So we are instructed to extinguish torches – redundant anyway in the lunar glow – and about three-quarters of them head in the right direction, wiggling their tiny limbs furiously like hilarious clockwork toys or Duracell bunnies. The rest we pick up and turn round and eventually all make it. 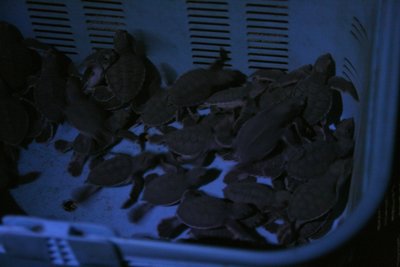 About 1-2% will survive to maturity and they will probably return here to breed. They have magnetic crystals in their heads which allows them to navigate and also to recognise locations by virtue of the magnetic variations on the ocean floor. 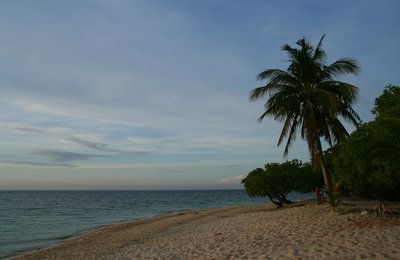 Posted by Wardsan 14:20 Archived in Malaysia