In Vietnam I was probably accosted by motorbike taxis and cyclo riders about 10,000 times (that's a genuine estimate). I said no to all the cyclo riders but the last. I realised it was my last chance. They irritate the Saigon local government, which is making life difficult for them by banning them from lots of streets. If I ever go back to Vietnam they are likely to have disappeared.

My cyclo took me from Chơlơn to the Ben Thanh market and it took half an hour. All that time we were in the middle of the traffic and the fumes. The ride was uncomfortable and bumpy. I felt sorry for the guy and tipped him. It’s no way to make a living, and it’s no way to travel.

Chơlơn – ‘big market’ – is the Chinatown of Saigon, albeit quite a bit less Chinese since 1975 (many of the 'boat people' were Chinese). I can’t tell the difference, visually, between the Chinese and the Cochinchinese, but you know you’re in Chinatown when you start seeing lots of paunchy shirtless men. 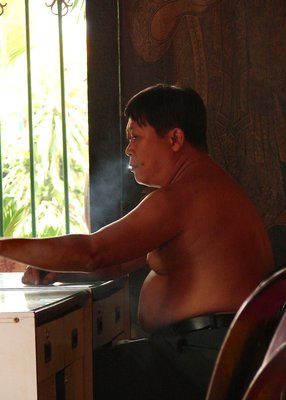 I visited seven temples. Most are temples to Quan Cong. The temples in Chơlơn have the best roof decorations of any pagodas in Vietnam (some in Bangkok are comparable). 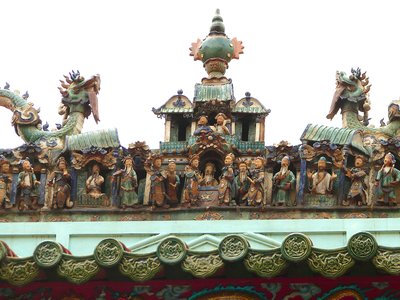 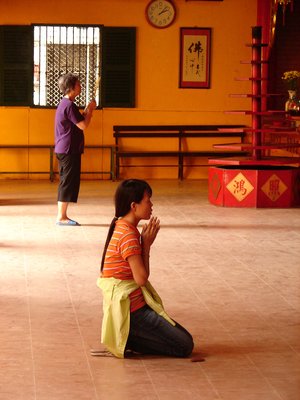 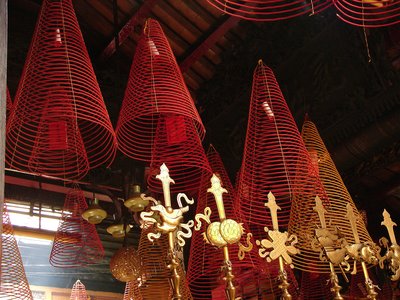 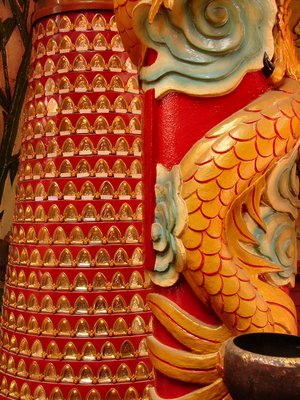 Mendicants outside a temple. 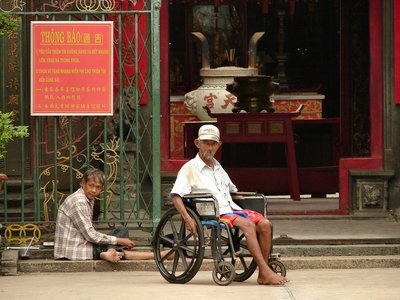 There is also a section of shops selling roots and herbs, most of which I think are medicinal rather than nutritious. The products on sale included the biggest mushrooms I have ever seen. (The largest life forms known are fungi of the genus Armillaria. There are several huge examples in the US. One in Oregon covers ten square kilometres.) 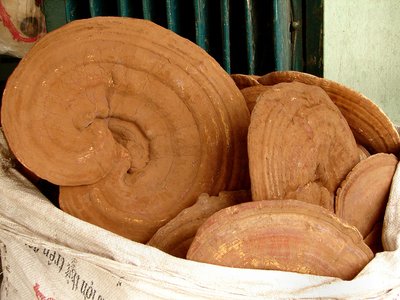 Other shops sell festival goods such as hats and dragons' heads. 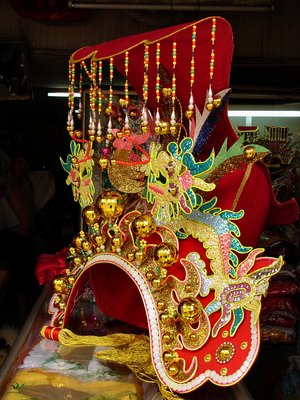 I am starting to get Chinatown drunk. Since visiting Chơlơn I’ve been to the Chinatowns of Bangkok, KL, Melaka and Singapore and they are merging in the memory.

I’m in Kota Kinabalu, formerly Jesseltown, capital of the Malaysian state of Sabah in northeast Borneo. My hotel is hardly as described in the guidebook but there is a shower, a television and a TV. The rooms can also be rented for two-hour periods but I don’t think it’s actually a brothel. It’s two-thirds of the price of the oubliette in Sing-Sing.

I arrived on a rainy evening and KK was not at its best. It seemed unfriendly and evening a little threatening. Today the sun is shining for a change, and it looks better.

Ninh Bình and Huế are regional capitals too, I think, but they are far more foreign than KK; there are western-style shopping malls here, and branches of KFC, McDonalds, Burger King, Body Shop etc. Presumably that is because Malaysia is (a) five times richer than Vietnam (income per capita, PPP basis), (b) more open to foreign investment and (c) a former British colony.

I’ve come to Borneo without doing much research so today it’s time to find out all that can be done. Provisionally, I want to go to Kota Kinabalu national park and climb Gunung Kinabalu; go diving in Sipadan; and visit Tabin wildlife reserve; and see whether I can ride a steam train to Tenom. It all seems rather difficult to organise after being spoon-fed for a few weeks. [Update: it is difficult to organise. One travel agent basically refused to speak to me because I'm travelling alone. Some of the places and tours don't cater for less than two people. The train line to Tenom is closed for renovation - why travel when I can get this experience at home? - and the park at Tabin is protected by economic fortifications. But, for the first time since Penang, I'm really excited at the prospect of my next stop...]

Posted by Wardsan 12:49 Archived in Vietnam

I hope you enjoy Tabin. We were there last summer and the staff there were wonderful. If Jody and Harry is still there, say a big 'Hello!' from Andrew and Courtney!