I'm in Singapore feeling hungover and Eeyorish after saying or implying goodbye to all the others - Rita, Riaan, Alex, Andy, Graeme, John, Hannah, Amber, Aneil, Ashley, Sam, Hayley, Flora and Elisa - and checking into a depressingly crappy backpacker hostel. Most have already left the country. Once you get into the rhythm of travelling on your own it's easy, but immediately after spending 17 days in a crowd I feel desolate.

(A special na zdorovie, to Alex, my good-natured room-mate for 16 nights.) 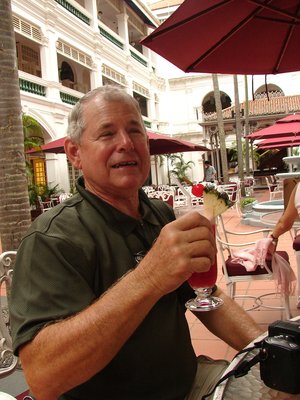 Singapore has not grabbed me yet, although its inhabitants have struck me as being even more friendly and helpful than the Malaysians. It takes for ever to walk anywhere because you can't jaywalk. Except for cameras, the prices cause vertigo after Malaysia. The hotels are very expensive. I don't think I can afford to stay here for very long, so the only objective for the day is to choose where to go next: Sumatra, Java, Borneo, or back to the peninsula?

(It's now evening and it hasn't yet been achieved. I'm even considering flying straight back to KL, which I liked, and cogitating there. I spent the afternoon going to camera shops and having a Singapore Sling with Hannah and the Qlders at the Raffles Hotel. Except not really at the Raffles Hotel: they built a shopping mall around it in the 1990s, and the 'Long Bar' is therefore less than twenty years old. Its interior was a bit Berni Inn - fine in itself, but unfitting for a grand hotel. The cocktail cost S$25 - about £9. Incidentally I always used to think that the hotel was named after AJ Raffles, the 'amateur cracksman' of the EW Hornung stories; it's a shame it wasn't.) 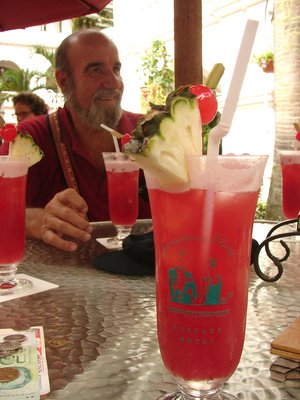 The real Raffles, Sir Thomas Stamford, had a spice garden planted at the foot of the hill that is now Canning Park. Among the spices were nutmeg and cloves. Cloves originally came from Indonesia but Indonesia now has to import cloves because it makes so many clove cigarettes.

In Malaysia I usually tried to eat Malaysian/Malay food. It's harder than it sounds, since there are more Chinese and Indian restaurants. A bit like Britain actually, although the two 'Indian' cuisines differ. It took me a while to realise that eating solely Malay was foolish: there were Indians here long before the Portuguese arrived in 1511, although most were brought over from Tamil Nadu by the Brits to work as servants or build railways. And there have been Chinese here for ever. Indeed, the primary reason that Singapore was expelled from the Malaysian Federation was that, with Singapore in the Federation, there was a small Chinese majority in the country - unacceptable to a Malay nationalist government. (Since the Chinese have procreated more slowly than the bumis, the latter are in a comfortable majority these days.) So Chinese and Indian food is as much Malaysian as Malay is. And Nyonya - eaten in Melaka and Penang - is a mix anyway.

Time for another photo gallery. How about some more photos of Penang? The Qlders and I visited the Botanical Gardens and Penang Hill, which would afford great views over George Town and the Straits if the smog permitted. In the gardens we saw a few animals scuttling/swimming/hovering around. 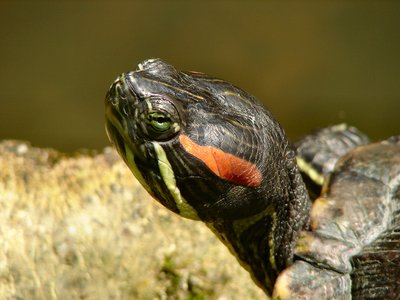 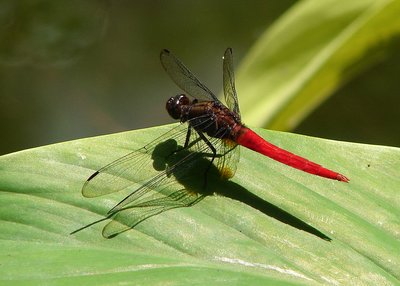 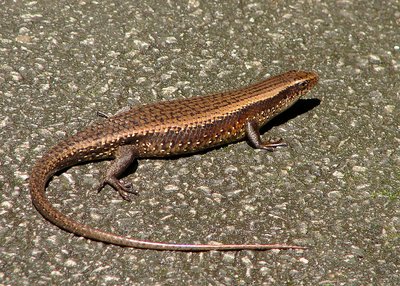 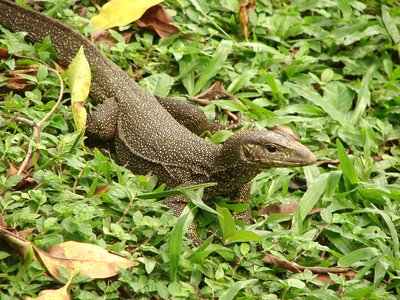 The gardens and the hill are home to colonies of macaques. They have become used to humans, and have learnt to regard them as ready sources of food. They can be quite persistent, apparently, although those we met were well brought up. 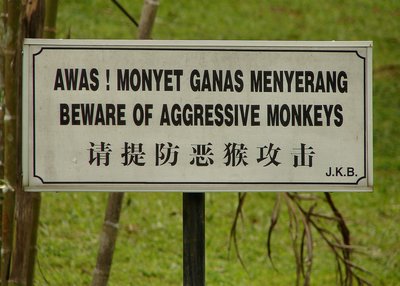 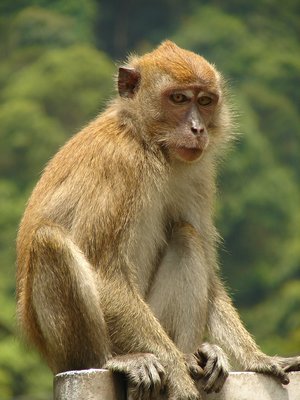 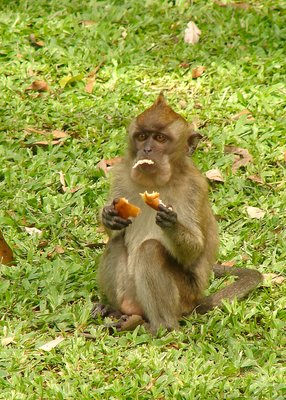 Posted by Wardsan 20:37 Archived in Singapore