I’m posting hurriedly from George Town, the capital of Penang, named after the chap who lost America. Penang is both an island and a state on the west coast of the Malaysian peninsula at the north end of the Malacca Straits. It was given to the East India Company by the Sultan of Kedah in 1786. He thought that the EIC would provide military defence in return; when the EIC declined, the Sultan tried to grab it back, and the EIC ended up renting the island off him. It was the first British base in Southeast Asia.

I’m on an organised tour heading towards Singapore. Along with the five Brits are two South Africans, four Australians, two Canadians and a German. Here are the Solihull sisters. 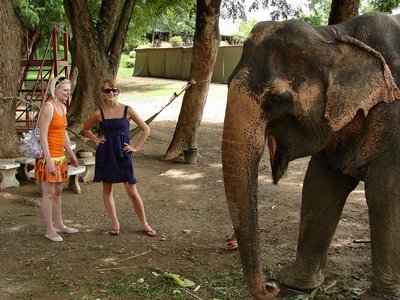 On the way we visited a floating market near Bangkok. 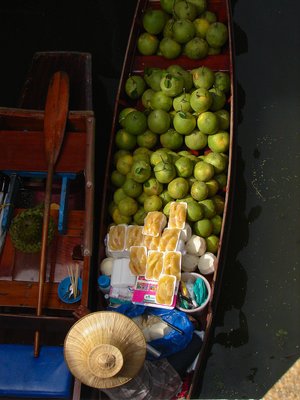 Most boats are paddled, but some puke acrid fumes over everybody. 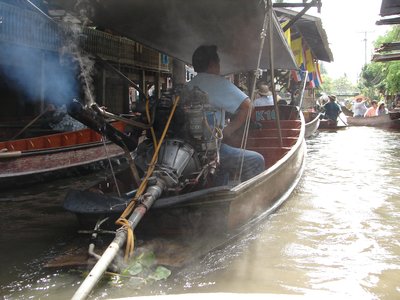 Then we bussed to Kanchanaburi, where the famous bridge over the River Kwai was built. (Kwai rhymes with day and, like Avon, means river.) 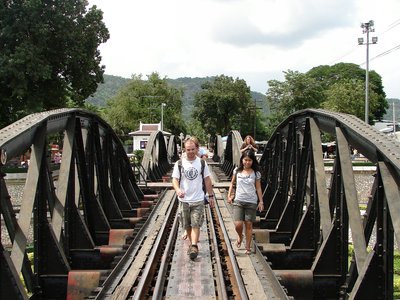 There is a good museum dedicated to the building of the Burma railway. 100,000 people died building it – 80,000 of them Asians. 42,000 out of 70,000 workers from Malaya died. They were Malay, Tamil, and Chinese. 40,000 out of 90,000 Burmese workers died. 6,904 Brits died (captured in Singapore), 2,802 Australians and 2,782 Dutch. The Japanese kept accurate records of the dead westerners but did not bother with the Asians; not one Asian was buried in a grave in which his identity could be discovered. One thing I did not know was that the Japanese High Command gave orders that all prisoners were to be executed in the event of Allied landings in the vicinity. This order was carried out in Borneo and the Philippines.

While waiting for a train at Nakhon Pathom we visited Phra Pathom Chedi, where Buddhism was introduced into Thailand from Sri Lanka. The stupa is 120 metres tall. Around the cloisters are statues of Buddha in seventy-something positions. 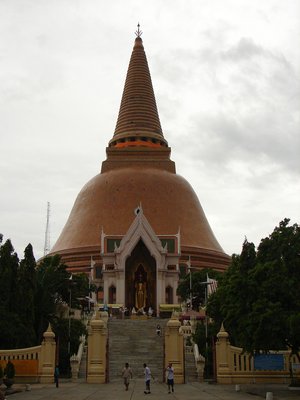 Then we took an overnight train to Surat Thani and a ferry to the east-coast island of Ko Pha Ngan, home to the full moon party. 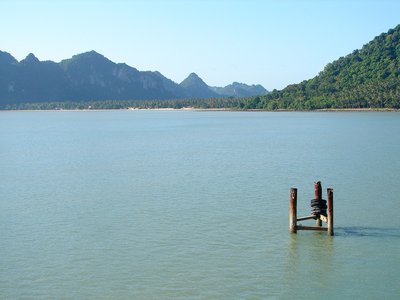 Fortunately we missed the party by a couple of days. We stayed in a fairly quiet bay on the northeast side of the island, a lovely spot. 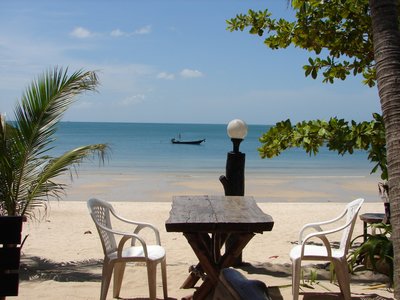 We did very little for three days and four nights. At night if you walked through the waves the plankton phosphoresced. I did a lot of swimming; one thing they are not likely to mention in the brochures is the sea mites. 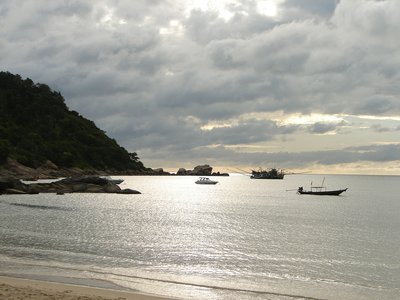 One day four of us went diving off Sail Rock. The fishing boats had come inshore the night before and it was blowing. There was good visibility, plenty of fish and some barracudas. I was sick ten times, which took the gloss off it a bit. Puking while floating in the sea requires a technique I haven't learnt so I had to do it underwater. The fish loved it.

We’ve missed all the football. It’s on at 2.45 am Malaysian time. 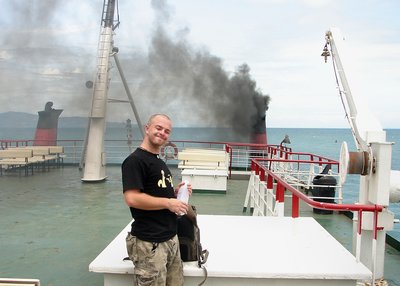 Posted by Wardsan 17:52 Archived in Malaysia