I have an idea for the opening scene of a movie. The camera, point of view at head height, moves down Ðe Tham. The camera passes between stationary people who are sitting on a motorbike or squatting. Each head turns to look at the camera. At every step, one of the heads shouts something to the camera. The camera seems to be at the centre of the universe. Perhaps the universe has even been made for the viewer; you could call it Unpleasantville.

(It must be what it’s like walking down a street being George Clooney.)

Except it’s real. People here try to get your attention in different ways: whistling; clapping; ‘hey, man!’; ‘you want motorbike?’; ‘where you going?’; ‘where you from?’; even, more than once, ‘where did you get those shoes?’.

Most of these are inapt to make the recipient receptive to whatever sales pitch follows. One of the most common is ‘Hey. You!’, which sounds aggressive. It isn’t rude in Vietnamese, where there is no distinction between the pronoun ‘you’ (which comes in many varieties) and the honorific ‘mister/sir’. The usual way of getting the waiter’s attention, for example, is to shout ‘em ơi!’, which means ‘You! Hey!’.

Now I’ve got a cold, the first since I started travelling. I’m surprised not to have had more. Most new strains of viruses appear in areas which are densely populated and in which people live in close proximity to animals. That means southeast and east Asia. I had expected the European immune system to be attacked more often.

Fishing is a very big industry in Vietnam. The country has 3,260 km of coastline, 2,860 rivers and 200,000 hectares of lakes (which are almost entirely man-made reservoirs). Fishing makes up about 4-6% of GDP. 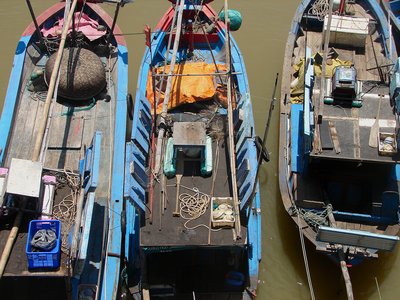 Output growth in the last 15 years has been huge; this is mainly down to growth in fish farming. Nearly half of output by weight is now farmed (mainly shrimp and catfish), but there are still over 90,000 motorised fishing vessels. Most are very small. Indeed, most marine fishing is conducted by small craft in coastal waters. 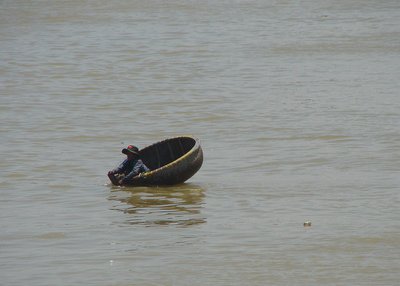 Vietnam ranks fifth in output of ‘fishery products’ after China, India, Indonesia and the Philippines (I’m surprised that Spain and the US are not on the list); and it is one of the top ten seafood exporters. 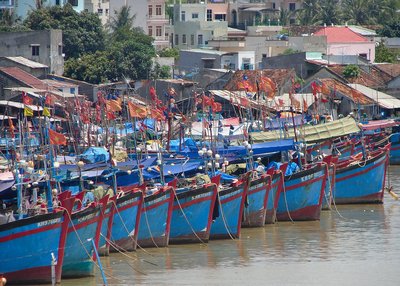 Despite the natural abundance and diversity – Vietnam’s waters host over 2,000 species of fish, 1,600 of crustaceans and 2,500 of molluscs - marine life is under severe pressure in Vietnam’s seas, especially inshore. Stocks are falling: the catch is probably twice the sustainable yield. The government has established closed seasons, banned areas and protected areas. I don’t know whether they are enforced. Although illegal, poisons and explosives are commonly used. 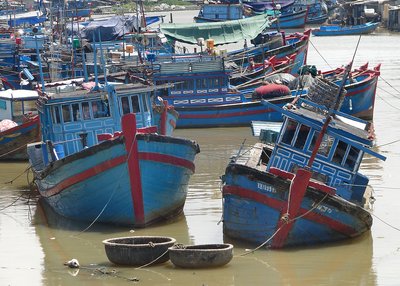 Fishing is also a huge leisure activity among Vietnamese men. The fish caught do not hit GDP statistics unless they are sold for money, but they do appear on the plate. Overall, fish and seafood are said to provide 40-50% of the animal protein in the Vietnamese diet. Consumption of protein is rising fast, and of fish and seafood in particular. With a couple of exceptions (the noodle soup in Hoi An, the chicken with lemongrass and chilli) all the best Vietnamese food has been fish or seafood. 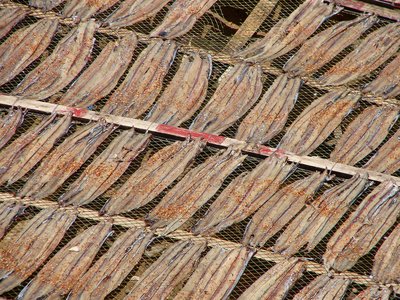 Anyway, wherever there is water, you see fishermen. These are fishing at Ho Tay in Hanoi. 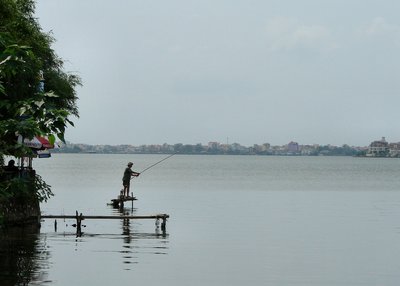 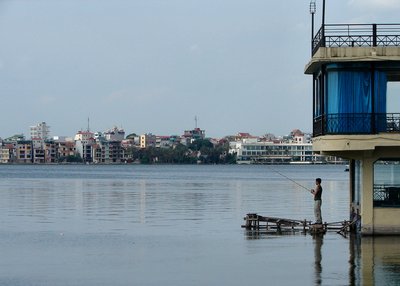 The majority do not remove helmets to fish. 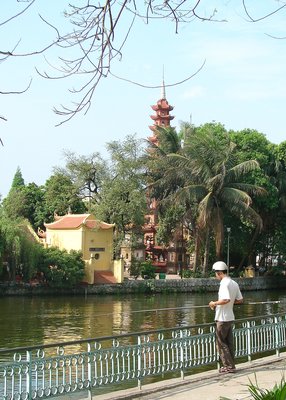 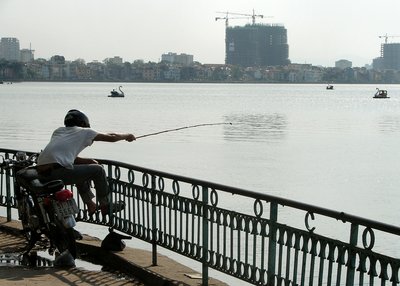 At the Citadel in Hue. 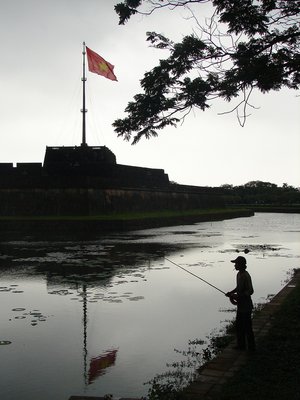 On the river at Hoi An. 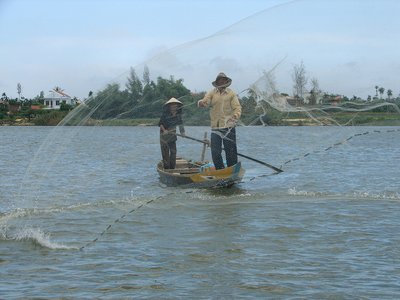 On a bridge in Nha Trang. 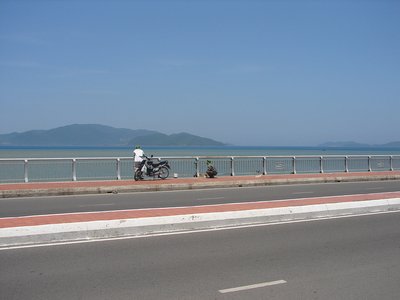 Posted by Wardsan 17:09 Archived in Vietnam

huwh....
nature images..
you should try to go to indonesia,,