I haven't been able to access the travellerspoint website since arriving in Huế because it is too slow. Until now. So a quick update. On St George’s Day it poured down. I stayed in my room, catching the wifi from a hotel next door, finding out traffic accidents statistics and bird populations (more of which later). The day before yesterday it merely rained. I took a bike and visited the Citadel. 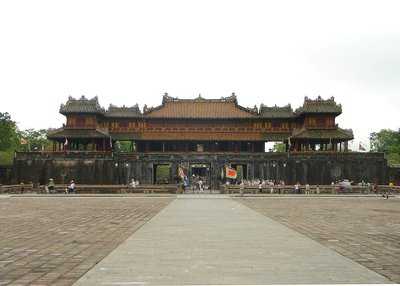 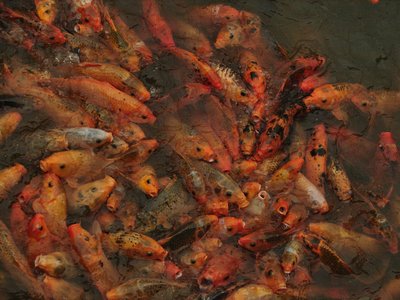 The innermost City lies in ruins. The battle for the Citadel in the American War was extremely intense. 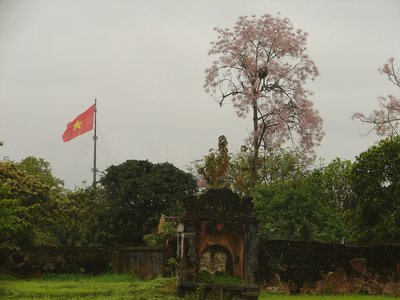 You could pay to wear imperial costume and have your picture taken. I meant to on the way out, but forgot. 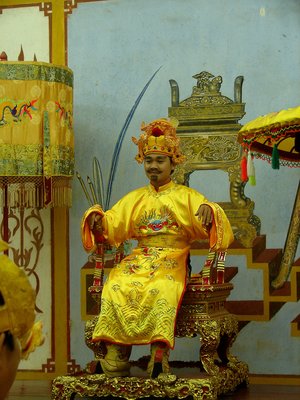 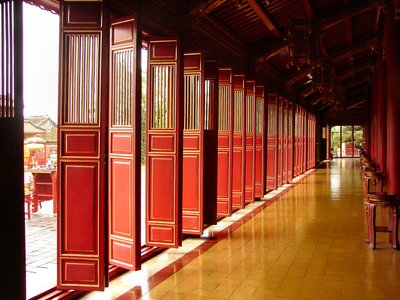 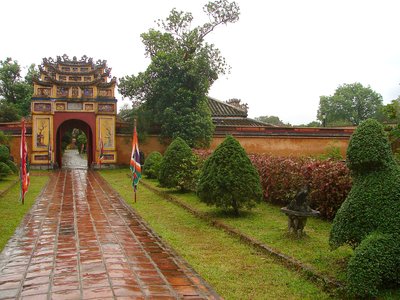 Yesterday I took an organised tour north to see the Demilitarised Zone, DMZ. There were perhaps 35 of us on the bus so it wasn’t a very individual experience. We set off at 6 and returned at 6, and we spent nearly all day on the bus. With the exception of two sites, we only stopped for 10 or 15 minutes at the sites we visited.

The first exception was Khe Sanh, which did its best to present a story of heroes and martyrs against cowards. There was little there other than the museum; the Americans blew the place up when they abandoned it, and the locals stripped the remaining concrete after the war.

The second was the tunnels at Vịnh Mốc, north of the Ben Hai river. Unlike the tunnels 1,000 km south of here at Cu Chi, these tunnels were not used for fighting in. They were used for several years for living in. The villagers had to go underground because the Americans were bombing the area so much. They built a set of tunnels at three depths. Branching off the tunnels were little niches; this is where families lived. There was a maternity room. 17 babies were born in the tunnels. It was the only site really worth travelling to unless you have some emotional link with the war. 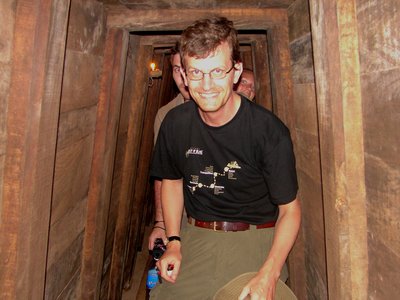 Yesterday I was monstrously hung over after drinking with some people from the tour: Magnus and Sara from Scotland, Kate from England and Robert from Amsterdam. We had half a bottle of vodka each and several beers. I think the vodka had formaldehyde in it because I felt poisoned all day. 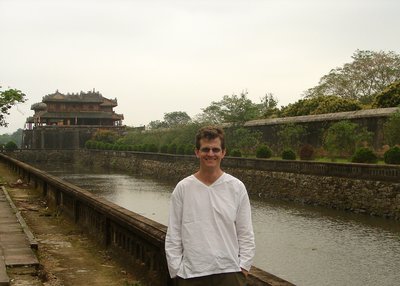 I went round the Citadel again with Robert, from Holland. 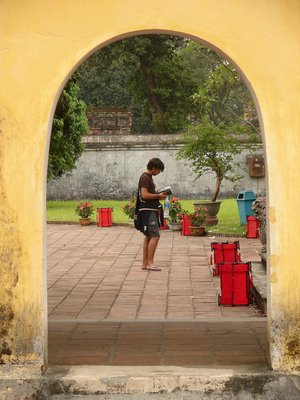 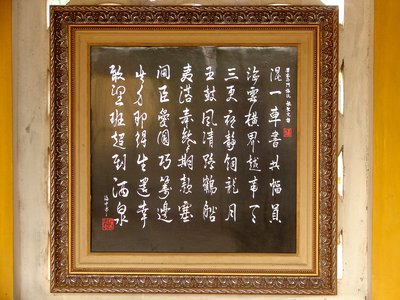 At 7 pm I went back to the Citadel for the third time. They have a 'Royal Palace by Night’ programme that runs about twenty days a year. I wasn’t sure what it involved, but the ticket cost only 55,000 dong. 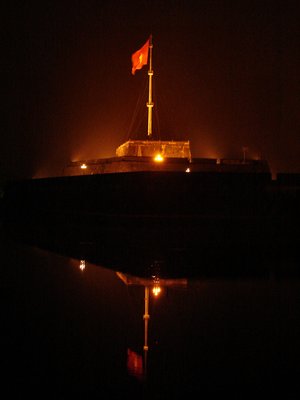 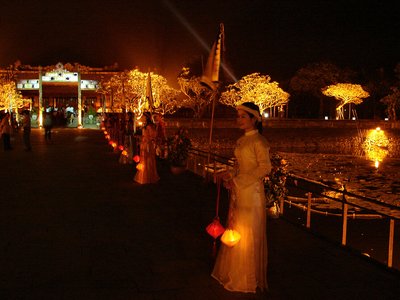 I joined some people sitting in front of the Thai Hoa palace. We watched a show of music and dancing. It was fun, although not the sort of thing I would want to see more than once. 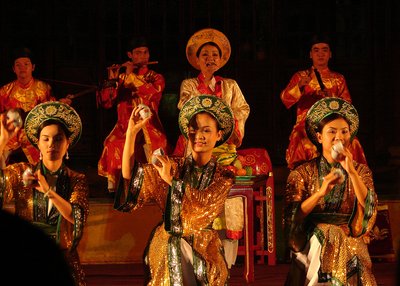 Then I wandered along paths within the Imperial Enclosure, illuminated by paper lanterns. 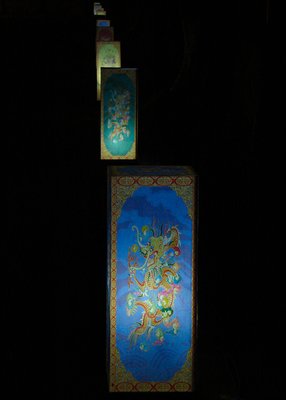 The atmosphere was enchanting. I had tea at the Pleasure Pavilion in the Queen Mother’s complex. I took off my sandals and sat on a seat about six inches from the ground. Vietnamese tea, blessedly weaker than usual, was served from china cups decorated with chư nôm writing. I ate candied ginger and nougat. Tea was served formally by a young woman with a beatific smile. Her name is Dung – pronounced Zoong in Hanoi but Jung here -, she is twenty, a student in Huế, cute as a chocolate button. I had eight cups. 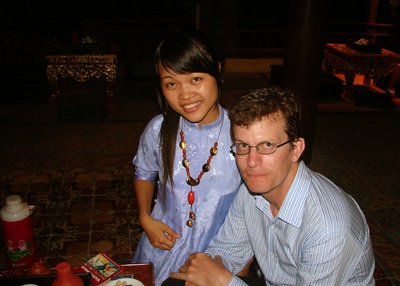 Then I had dinner at the Lạc Thiện restaurant. Lewis Moody and Ben Kay had eaten there too; their photos were on the walls. The food was excellent and cheap, and the meal was fun. The proprietor, who is mute and, I think, deaf, communicated more easily with me than those Vietnamese who can speak. He gave me a bottle opener: a small plank with a nail embedded. He showed me an album of photos sent by previous customers, all taken of them with a Lạc Thiện bottle opener, in places all over the world. One couple were standing in front of King’s College, Cambridge - my old college.

The UK is a bird-friendly place. We don’t eat a lot of game. Shooting birds – a very common activity in Italy, Spain and France – is reserved for relatively few places and few people. The UK is also a very popular destination for migratory birds. And it hosts a quarter (writing from memory) of Europe’s sea birds. So you would expect to see a lot of species in the UK. The British Ornithologists’ Union’s British List for 2006 recorded 572 species.

Except it probably had MSG in it. Monosodium glutamate has had a bad press in the last ten or twenty years. It gives some people headaches. For example, at cookery class in Luang Prabang, Izzy and Marla understandably demurred for that reason. We used chicken stock instead.

MSG is described in English ingredients lists as ‘flavour enhancer’. But that is misleading. It is a flavour: umami. It is the fifth taste, the others being sweet, sour, bitter and salt. Specialised umami receptors on the tongue are stimulated by glutamates. Miso soup tastes like umami. Umami tastes succulent and savoury; indeed, umami means ‘savouriness’ in Japanese. Anchovies and marmite also have plenty of it. I adore it.

Umami was identified by Professor Kikunae Ikeda in 1908. He also identified and isolated MSG. A genius. Since MSG doesn’t do me any harm, I’ve decided to cook with it sometimes when I get back.

Posted by Wardsan 19:24 Archived in Vietnam