On our way between Chiangs Mai and Khong we stopped for lunch outside Chiang Rai - which is, incidentally, in the Golden Triangle. Over the road was Wat Rong Khun, a modern wat, designed and built by an artist by the name of Chalermchai Kositpipat. Construction began in 1998 and is nearly complete. 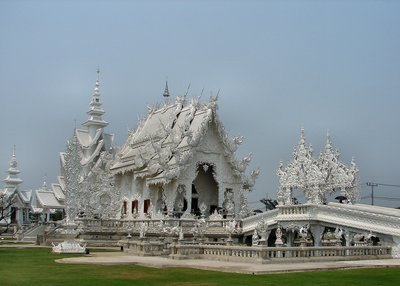 It is a modern take on an old theme, and unique in Thailand in being all white; it looks as if it was carved from sugar candy. 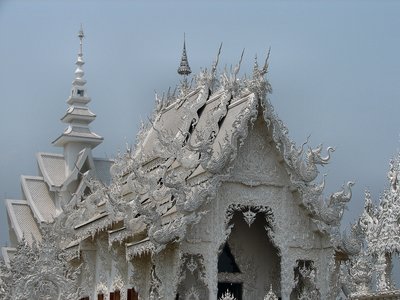 The bot is one of the less rectilinear buildings I have seen. 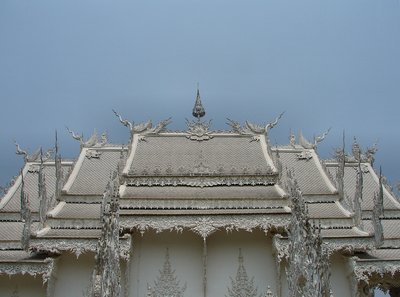 The finials look like winged elephants. Species mixes are common in Buddhism, as in Greek and Rowlingian mythology. 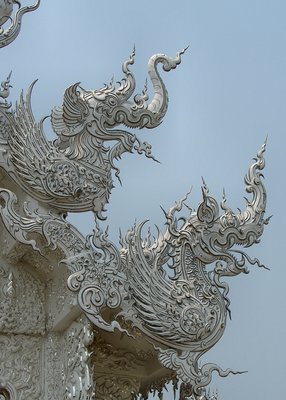 To get into the bot, you have to walk over a bridge guarded by a couple of spirits. Demonic hands stretch out from below. 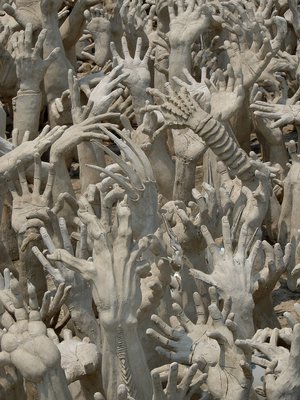 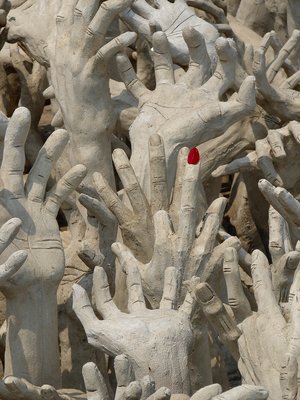 The walls of the bot contain a representation of “an escape from the defilements of temptation”. It’s uncannily like a Last Judgment, which Buddha in the place where Jesus would be. The style is sci-fi art. Darth Vader appears. There is a plane crashing into the Twin Towers (its position in the picture implies opprobrium, not glorification).

Posted by Wardsan 20:48 Archived in Thailand