Thirty years ago Hàm Rồng, the hill above the town, was largely deforested. When Sapa began to develop as a tourist destination in the 1990s, the town turned it into a park. They replanted it, laid out paths everywhere, and even created an orchid garden; orchids grow very well around here. 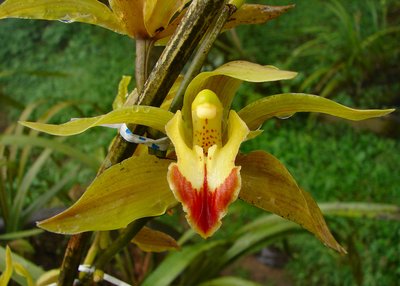 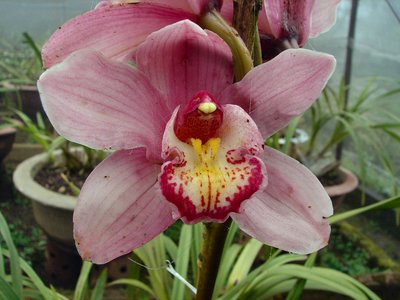 In the park there is also a ‘European garden’ (with what I would guess to be pansies, violets and marigolds), a ‘cloud garden’, a ‘stone garden’, a medicinal plant garden, a spot that claimed to offer a view of Fansipan, a couple of cafes and a house on stilts where dances are performed by the ‘minorities’ daily.

A lot of thought and a hell of a lot of work have gone into it, and it is pleasant to get away from the hoots of traffic. It’s a pity it isn’t mentioned in the Lonely Planet guide. 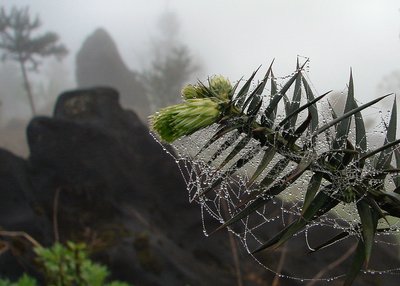 On a foggy day I was almost the only person in the park. The stone steps were treacherous and I shuffled around like a nonagenarian. I bumped into a group of tourists from Saigon; we conversed in bad French. They thought I would be at home in the fog; I gave them a lecture on the Clean Air Act.

Anyway, when we were walking to Tả Van, Matt pointed out that there did not seem to be enough rain to generate the rivers. Yesterday the answer became clear: occult precipitation (and what a great phrase that is). Everything in the park was dripping. 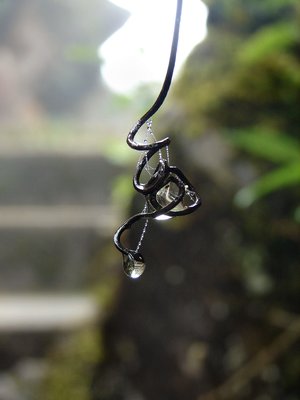 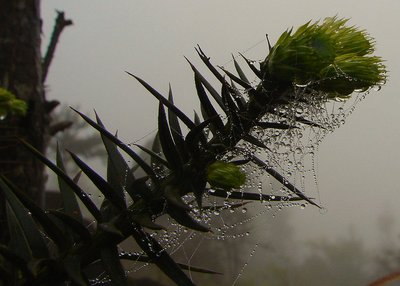 Anyway, having had my fill of wandering around a town that looks this this, I'm off tonight back to Hanoi, where I plan to do much less blogging. 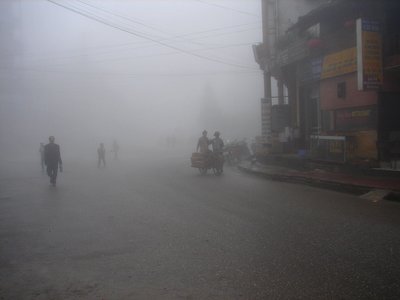 Posted by Wardsan 20:11 Archived in Vietnam