In England, until 1752, New Year’s Day was celebrated on 25 March. It is surely a much better time of year to celebrate it than circumcision day.

On the tour of Papua, after walking in the Baliem Valley, we spent a few days on the island of Biak (the ‘k’ is hard), a little north of New Guinea. At 45 miles long and 20 miles wide it is the largest of the islands of Cenderawasih Bay, in northwest Papua. 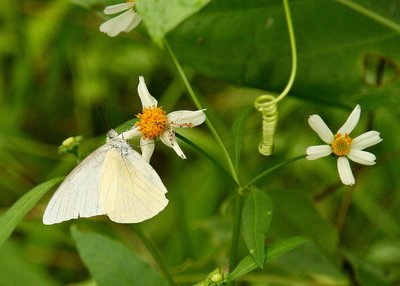 Upon arrival we were met by Filip, a rotund, voluble Christian. He is our fixer on Biak. Filip, it turned, out, was obsessed with Israel. His dream was to promote Biak as a tourist destination for Israeli tourists. On the wall of his house there fluttered an Israeli flag. He was planning to change the name of his company to the Zion something or other.

Our trip to Biak turns out to be a bit of a farce. Filip lies more easily than he walks. The prices we are quoted are quite absurd. He tells us, for example, that it costs $120 to hire a minibus for the day, for example; $30 would be fair. Another example: I have been looking forward to diving in Biak, but Filip quotes a price, through the only dive operation, of $180 ($50-$70 is normal for two dives). And all the while he preaches evangelical Christianity at us.

We are taken by minibus from Biak Town to the beach at Bosnik, at the southeast point of the island. The south coast is dominated, a few hundred yards inland, by raised coral cliffs. People visit Bosnik from Biak Town at weekends, and the beach is covered in broken glass. Behind the beach looms the skeleton of a resort hotel, abandoned during the economic crisis of 1997. Two people sit in a cabin by the beach. They try to charge us $5 each for the privilege of using the glassy beach – OK for the Riviera, perhaps, but not here. If the locals pay anything, it is not $5. It is just an ad hoc attempt to fleece us; it happens every time you try to pay for anything in Biak. We decline to pay anything. By this stage, we are as a group in effect refusing to deal with Filip, and were generally inclined to be cynical in dealing with any of his associates. 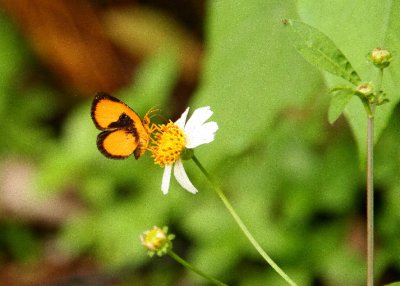 Some of us went snorkelling at the beach. I was expecting great things: Biak is in the middle of Cenderawasih Bay, north of New Guinea, and there is little reason for the marine life to be much disturbed. As it was I was very disappointed. Perhaps the marine fauna were affected by a tsunami, which hit in 1996. The whole experience is lame.

On the way back we visit a bird park, which is better than expected. Cassowaries wander freely throughout the park. I am very wary of them: they have strong legs and long claws, and can disembowel people quite easily. Cassowaries are native to New Guinea as well as to Australia; indeed they are the largest indigenous animal in New Guinea. Most of us give them a wide berth. 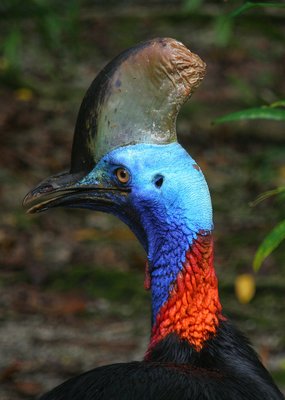 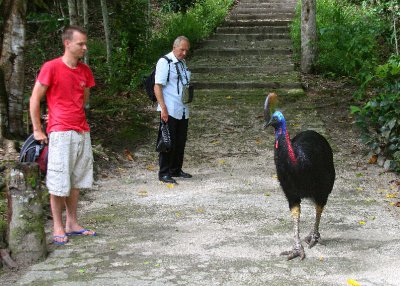 We see hornbills, cockatoos, lories and parrots, crowned pigeons and pheasant pigeons. We’re east of the Wallace Line: the cockatoos, parrots and lories would be considered Australasian birds by Wallace. 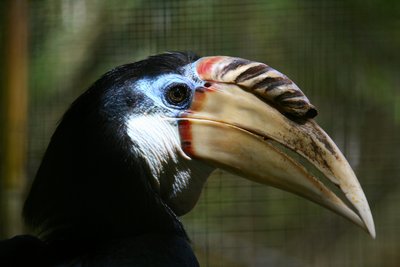 Plenty of butterflies fly around. I go chasing them and lose contact with the rest of the group. 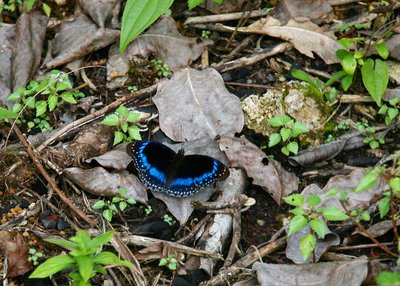 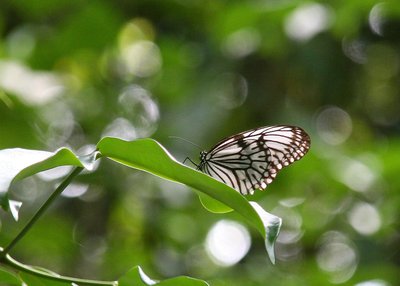 We also stopped at a Japanese war memorial. A concrete crescent is the memorial itself. Inside it is a corridor, containing half a dozen large, shiny steel boxes. Until recently each contained the ashes of a fallen Japanese soldier; last year the ashes were taken back to Japan by the families. In front of each container are photographs of the soldiers and of their families, and prayer papers. Some of the photos are fairly new; they must be children and grandchildren. 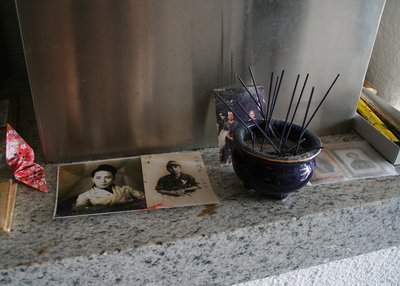 Biak was an early stage in Macarthur’s plan to roll up the Pacific from New Guinea. Biak was strategically important, as there three airfields on the south coast. One of the airfields is now the civil airport, the transport hub of the region. The main airport, and the objective of the US operations, was the airfield at Mokmer.

Allied reconnaissance estimated that there were 2,000 Japanese soldiers on the island. In fact there were over 10,000 defenders, with tanks, and field and antiaircraft artillery. But on 9 May Japanese Imperial Command in effect abandoned it strategically, withdrawing the perimeter defence line to Sorong and Halmahera; Biak was left to its fate and the orders were to defend it to the last man. (Two days after the invasion the imperial command changed its mind and drew up plans to reinforce Biak. A few reinforcements got through.)

After three days of heavy bombing, Allied forces landed at Bosnik on 27 May 1944 with 12,000 troops and 12 tanks and 28 artillery pieces. They were allowed to land unopposed, but it was a trap. Most of the defences were concentrated around Mokmer. Once the invaders got to Mokmer they were attacked hard, and some units were forced to withdraw by sea.

(The strip was only captured on 7 June and Japanese mortar attacks kept it unusable for another week, so that the invasions of Palau and Yap did not use Biak as an airbase as originally planned. It was, however, used in the invasion of the Philippines.)

Unknown to the Allies, the island is woodwormed by coral caves and tunnels. There are tunnels to the west and north of Mokmer. Japanese forces based themselves in the caves, stockpiling food, ammunition and water, and carried out hit and run attacks. As at Iwo Jima, the fighting was slow and grim. American forces used heavy bombs and flamethrowers to capture or bury the caves.

We also visited Gua Binsari, now known as Gua Jepang, which was home to several thousand Japanese soldiers.
Between three thousand and five thousand (surely an overestimate) were killed by bombs in the cave. The hecatomb is a dismal, cold, dripping place. 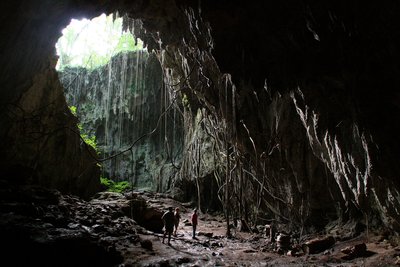 Near the entrance to the cave are a few burned-out planes and guns, and a jeep. 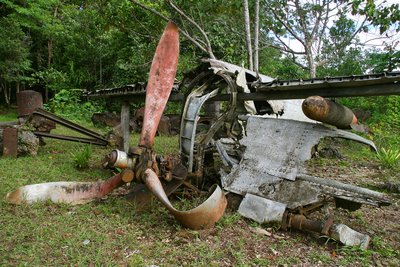 Across the road is a room-museum where the relics have been collected: grenades, mortars, machine guns, pottery, glass bottles. Dirk recognised the helmets of Japanese officers.

As everywhere else in Indonesia, much of the land is off limits and occupied by the military. On Biak there is a large naval base.

The following day we charter a crowded minibus to Wandos, where we stay in a small stilt house for a couple of nights. Filip does not accompany us, of which we are glad. 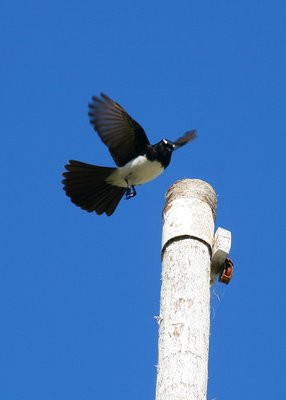 Wandos is a nice location. The owners of the house charge us a lot of money to cook for us, but they do well by us, as we dine royally on fresh grilled snapper.

It turns out to be not worth snorkelling, as the barrier reef is too far away to reach and the intervening lagoon too shallow to swim in. We spend the time walking down the beach, on the lookout for murderous falling coconuts. They land every now and then nearby with a great thump. 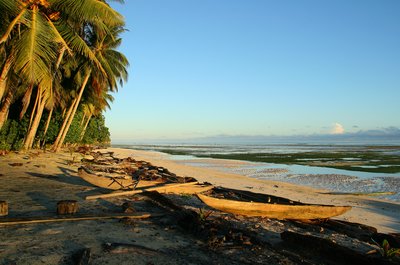 Amanda walks on water at dawn. 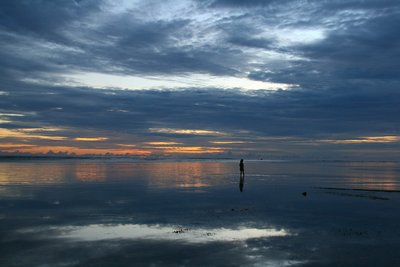 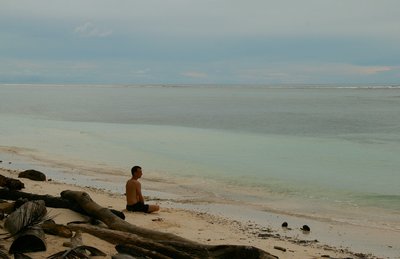 There are tens of thousands of hermit crabs on the beach. Every shell on the beach has a tenant. The shells are those of sea snails, and the crabs behave much like snails. They congregate wherever there is corruption, organic matter or excrement. They congregate especially on logs. They run away or retreat into their shells as you approach. 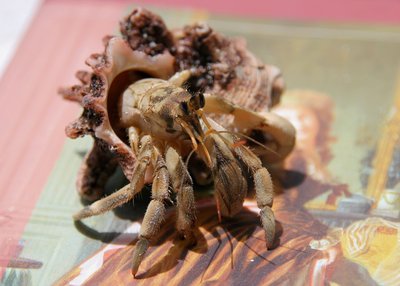 Duncan, who was nearly as keen on the crabs as I was, recently informed me that they make popular pets. There are hermit crab owners' clubs in the UK and US. Owners write tributes to their deceased hermies.

Inland is a jungle-covered hill, from which emanate raucous noises. The hill is home to cockatoos, parrots and crows. 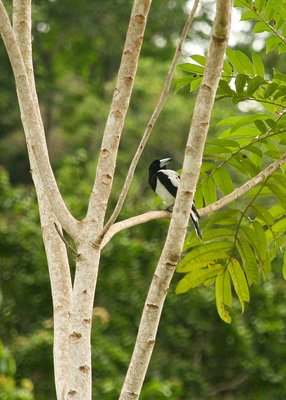 A pair of (perhaps) sulphur-crested cockatoos patrols above the hill, squawking loudly.

Especially at dawn and dusk, red and blue parrots collect in the coconut palms by the shore and argue noisily. It is difficult to see, but there is one in this tree. 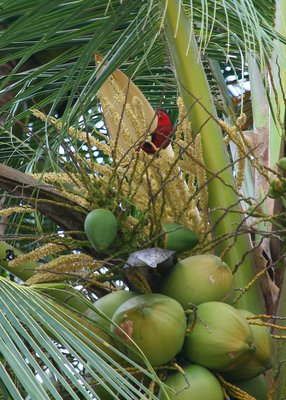 As everywhere on the coast of southeast Asia, an eagle patrols. 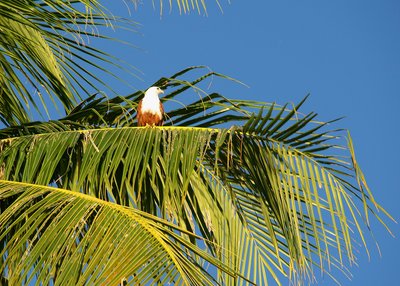 One morning we walk up the hill. After an hour we have seen nothing and are not at the top but the guides decide that they want to go back. But three of us press on with two guides, and I am left by default as the makeshift interpreter, without being asked. I am not happy. It is very hard walking through dense forest. You cannot see a thing; there is no chance of seeing the birds that we can see from the foot of the hill. We can only see butterflies. 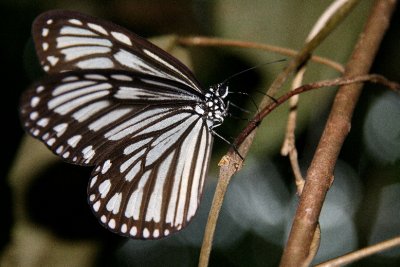 There are also spiders. This an orb-weaver, Argiope species. 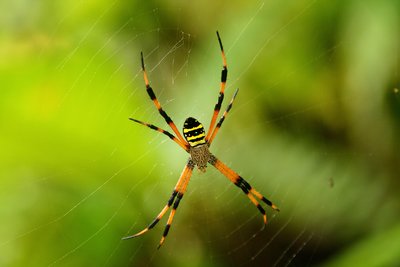 In Biak Town I dropped a bog roll in the mandi by mistake and abandoned it. Dirk, amazingly, retrieves it and dries it in Wandos. After his years in a prison camp he does not waste anything. 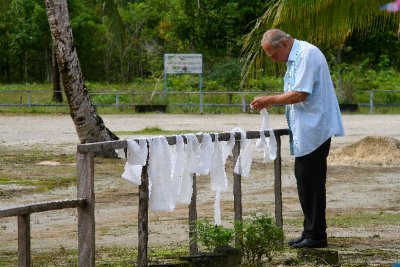 Just behind the house is a cage in which a booby sits forlornly. Every now and then it is allowed out to catch fish for its owner. 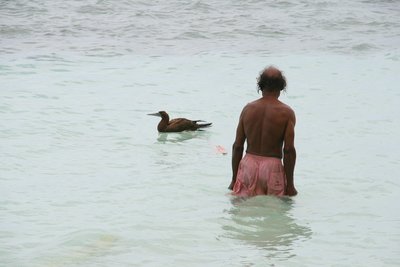 On the way back from Wandos we stop at some waterfalls. Again, it takes some negotiation to fix a price that is not ludicrous. 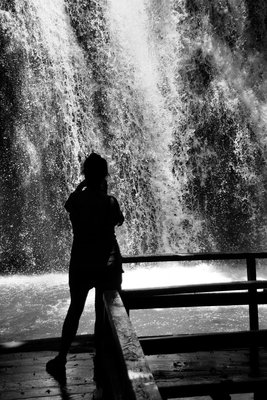 Some locals jump from the top for our amusement. I am not especially amused. 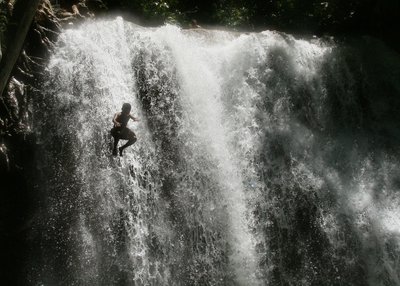 Our stay in Wandos is pleasant enough, without being special. It seems a strange use of our time after our trip to Baliem. The tour blurb says that there is a botanical garden near the beach, and that we can walk up the hill to see the birds. Neither is really true. Indeed the blurb on Biak as a whole is perhaps sufficiently inaccurate to found a case for misrepresentation. Kate, our tour leader, has to work absurdly hard to make anything happen, and all the prices are hyperinflated. We feel as though the locals want to strip us of cash instantly, without regard for the future. It is such a sad contrast to Bali and the rest of Indonesia, where tourism is more developed and tourists are warmly welcomed and treated well. 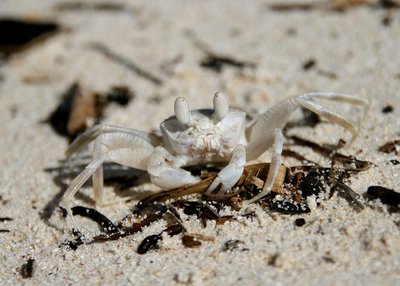 Biak would benefit from tourism, but at this rate it will not get much. We advised the tour company not to take any more tours there. 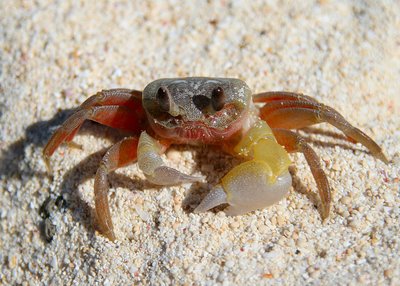 Posted by Wardsan 08:32 Archived in Indonesia