At Living Colours in Bunaken I lay in my bright red hammock and read. As the sun began to set the little cicak geckoes would arrive to feed and have fun. 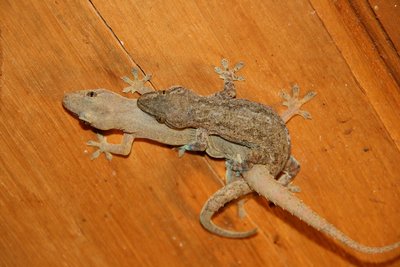 Very often, one gecko would approach another, bite it on the neck or on the top of the head, and hold on while the other wriggled like a rugby league player under the tackle. When released the victim would run away. Perhaps it is about establishing the dominance hierarchy, although you would think their brains are too small to store this information. Maybe they were just fighting for land: the prime real estate is near the light, where the food delivers itself.

An extract from the diary:

I’ve had to evict all kinds of beetles, bugs and ants from my sleeping chamber, together with a little green spider; there are lots of beetles and grasshoppers on the paths, and I have in turn been evicted from my hammock by a mean-looking shiny black spider. 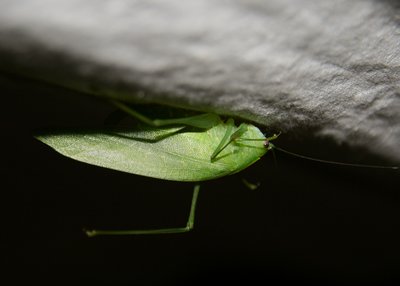 There are 18 geckoes now on the verandah ceiling above me. Moths are a favourite, easy prey. I just saw a gecko take on a moth at least half its size. 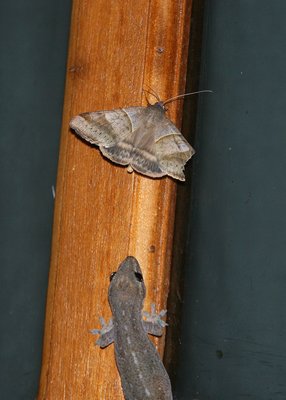 It caught it all right, by the tail, but it took it ten minutes to gulp it down whole. 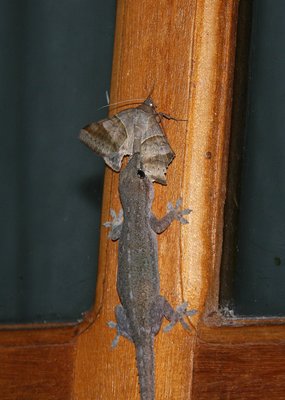 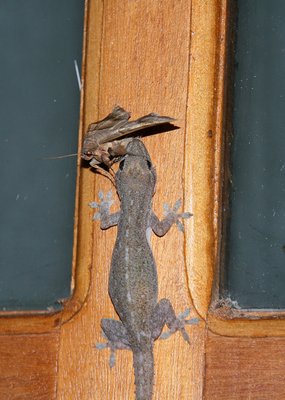 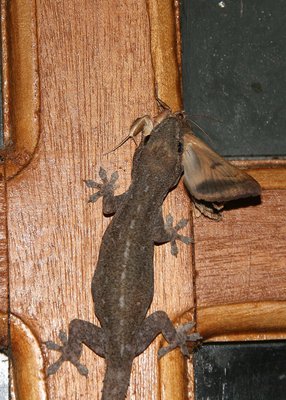 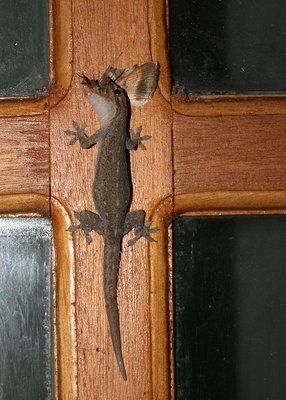 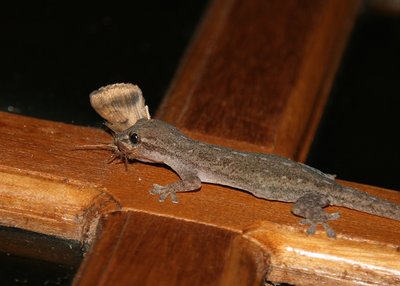 The beetles are a harder prey, and katydids are too large altogether. 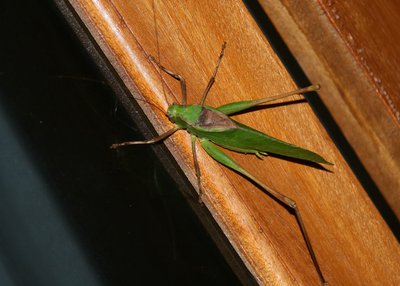 And when you go to the bathroom there is a six inch centipede greeting you. It’s like Naked Lunch.

In spite of the number of pictures on this blog, I am not very fond at all of most insects, and I am frightened of spiders.

Once I moved down the path to Lorenso’s it got worse. I found a dying cockroach on the bed, surrounded by hungry ants. I got the sheets changed. It was the sort of place where you needed to check every item of clothing before putting it on.

I lounged in the hammock reading Touching the Void, and occasionally a squidgy gecko turd would land on me. They’re surprisingly large.

From the diary, again:

There is a mantis in my room. It looks a lot like a stick insect, only with longer forelimbs, and it moves as slowly. It has established itself on my towel. This is unfortunate, as I do not mind the mantis at all, and would like to hang up my towel to keep it from the rat that lives between the walls and the rafters. 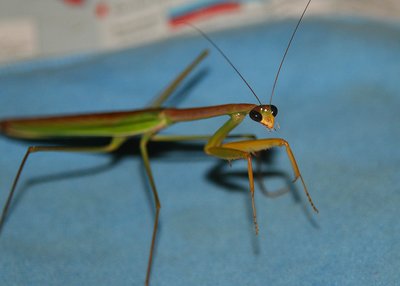 And a glow worm has just flown through the room and disappeared through the rafters! This is constantly entertaining but it is difficult to sleep.

The mantis seems to be reading my copy of The Economist. I have picked up my towel and flicked it a couple of times but the mantis has hung grimly on.

The only way I can persuade the mantis to go anywhere is by offering it The Economist and then ferrying it on that. It is a discerning mantis. 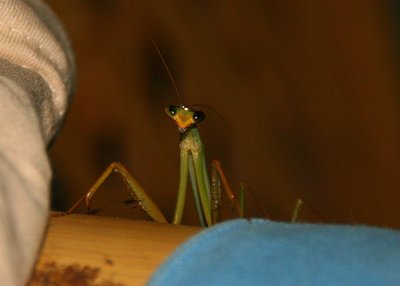 Then came the cockroaches. I had been hearing rustling from more than one direction, and assumed it was the rats. I had packed everything away tightly, having seen a rat walking on the top of the walls. But a cockroach flew into my hair and I realised the rustling was cockroaches.

I have killed three but there are at least two more wandering the walls. I have sprayed insect killer everywhere, but of course it has had no effect on the roaches.

Sadly, although I avoided the mantis, it was affected by the insecticide. It lay still and arched its back for a long time. Eventually I had to put it out of its misery.