This is not a happy time for me, as some of you may know, and I have not felt much like blogging recently, but today is the two hundredth birthday of Charles Darwin and I thought I might as well note it on the blog. The British media are enjoying a glut of Darwin events this year, and the Natural History Museum has a special exhibition on him; the Sedgwick Museum in Cambridge is about to have one; and tomorrow Down House, Darwin’s family house near Orpington, reopens. I can’t get enough of it. Abraham Lincoln was born on the same day as Darwin, but that anniversary is receiving less attention in the UK, and rightly so.

After leaving Ubud we went to Lovina, and on the way we visited three temples.

Taman Ayun is a Hindu temple dating from 1640. It is designed in three circles, each surrounded by a moat. It has 11 pagodas, representing 11 mountains. In Bali, good spirits live in the mountains and bad spirits and the dead live in the sea and on the beaches. 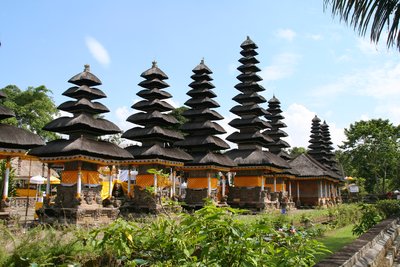 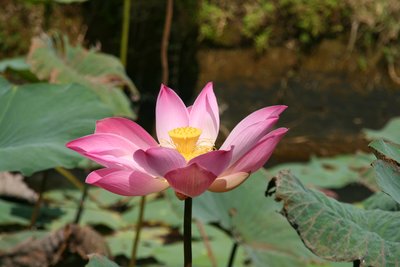 As we entered there was a procession, with chanting, drumbeats and song. 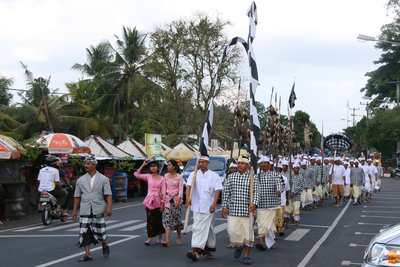 Not all visitors were welcome. 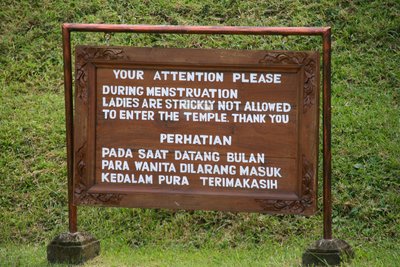 Tanah Lot is a Hindu temple on the coast and a big tourist destination. 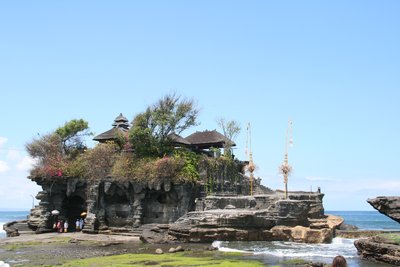 The swell hits the rocks and bounces up dramatically. 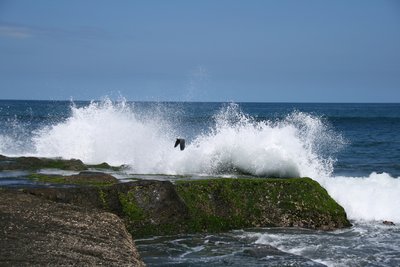 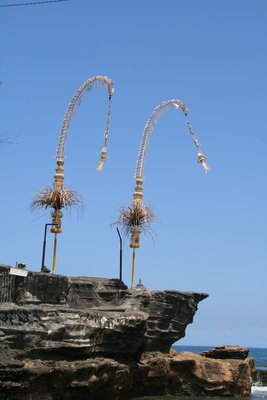 The temple is on an island that is accessible at low tide. A lot of worshippers dressed in yellow and white brought offerings. In return for a donation, I was blessed and dabbed with rice on the forehead, on the temples and in the jugular notch, and a frangipani flower was poked on to my ear. I don’t believe in it, of course, but a frangipani in the ear is always a good thing. 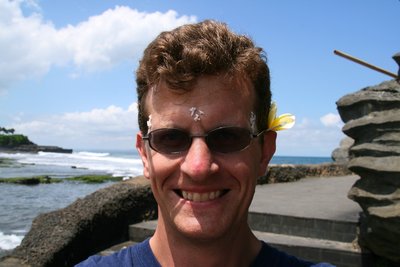 At Tanah Lot there some people offer tourists the chance to be photographed with pythons. A big fruit bat hangs outside a shop. 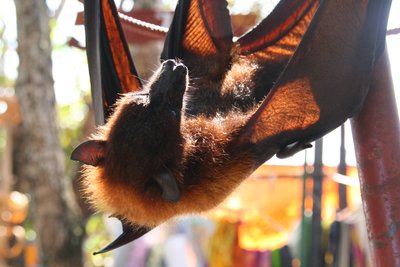 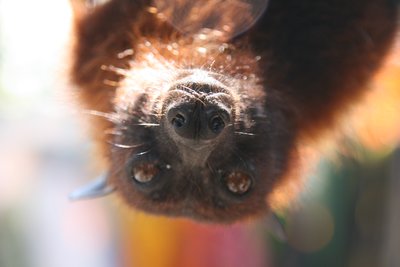 For 1,000 rupiah you can feed it some mango, and everyone is a winner. When the bat ate the mango it closed its eyes in apparent ecstasy. 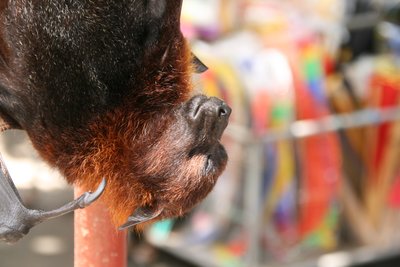 At Ulun Danu Batur, a temple on a lake, we encountered Russian tourists wearing virtually nothing: a skimpy bikini covered by a transparent shawl. This is not how you dress in a temple in Indonesia. Time was when Russian tourists were arguably the most cultured in the world, possessed of a Soviet education that was second to none except in matters of religion and economics. There weren’t many Russian tourists in those days, of course. Russian tourists in Bali are the lowest of the low: blond, crewcut rottweilers. 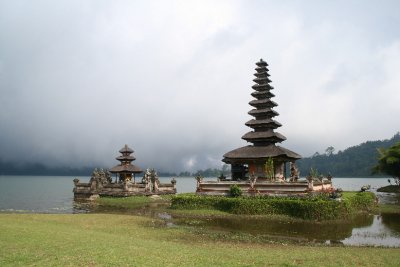 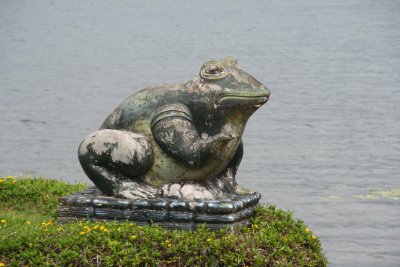 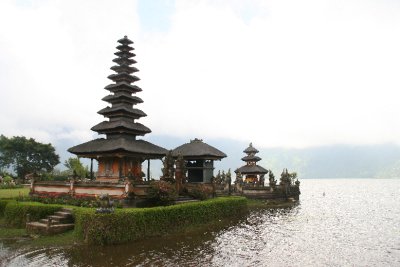 Posted by Wardsan 12:04 Archived in Indonesia