I am supposed to be preparing for an interview, so, naturally, I am doing all sorts of other things instead, including watching Kevin Pietersen bat in the First Test between the West Indies and England.

Here is a paddy field somewhere on the north coast of Bali. 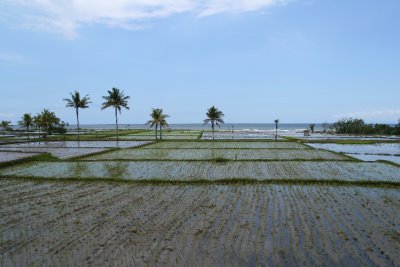 Ubud receives large numbers of tourists, but succeeds in retaining its own character. One place, however, that is overrun is the central market, which sells items only to tourists. The woven items are often rather nice. 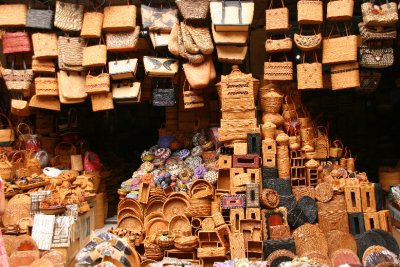 Others I am less sure about. 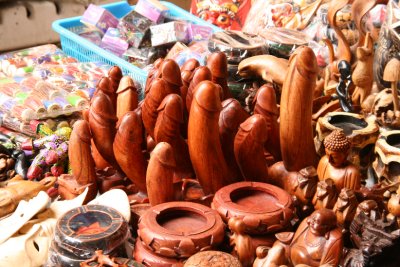 There are a number of temples with very attractive sculptures. Each temple is guarded by sarong-wrapped spirits such as Barong. 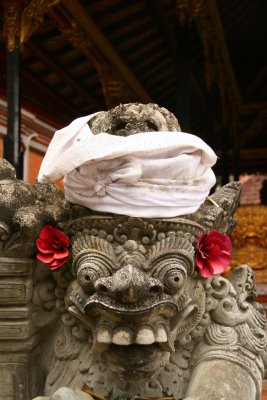 This is the old royal palace. 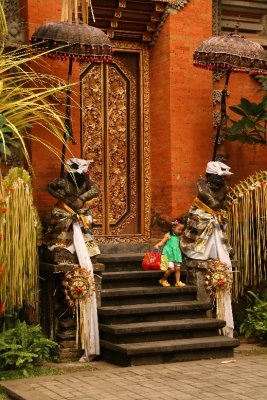 Sometimes the statues seem to be evil spirits. This is Rangda, the demon queen. 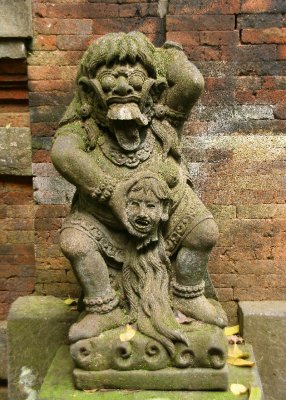 The Monkey Forest is full of macaques. 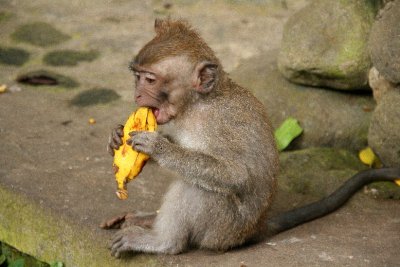 There are about 300 of them in the forest, including 35 adult males, living in three clusters. 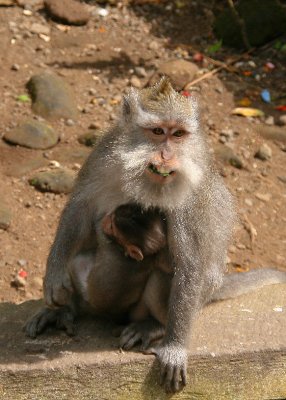 Their canines are huge. 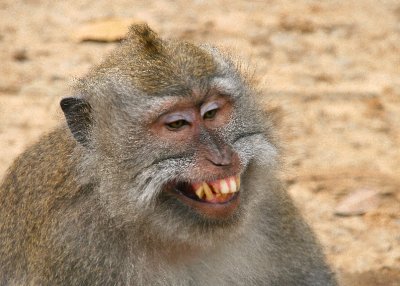 They are used to humans. They see humans as a source of food, and they hunt in packs. They will mug anybody, robbing them of any item they consider interesting. 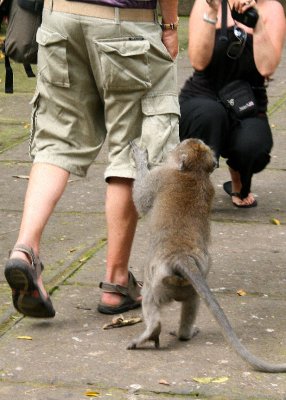 A monkey stole Dick’s videotape while we were looking around the Pura Dalem Agung. 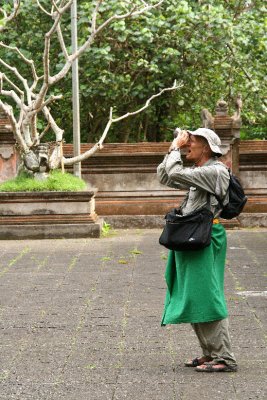 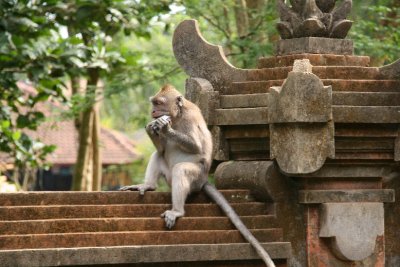 I ran after the monkey and tried to grab the tape back. The monkey bared its teeth and its friends arrived. The monkeys will scratch and bite, and some monkeys in Indonesia carry rabies, so I bravely ran away. 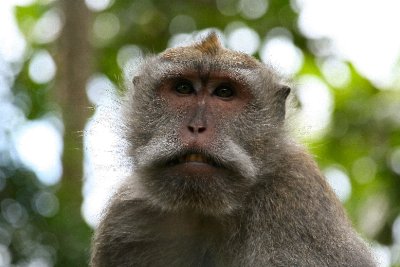 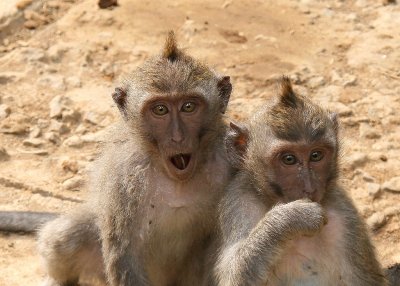 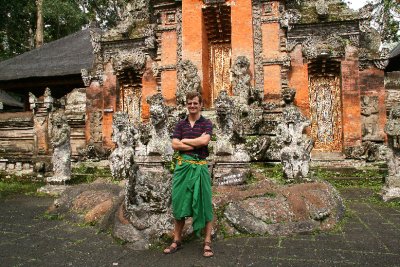 Posted by Wardsan 06:19 Archived in Indonesia