While in Buôn Ma Thuột, in the central highlands of Vietnam, I spent a long day travelling 170 km on the back of a motorbike. The first stop was Yok Ðon National Park. We rode past coffee plantations towards the Cambodian border. They also grow cashews, beans, maize, capers and salad leaves in the area. The landscape was not truly highland, more like Oxfordshire. 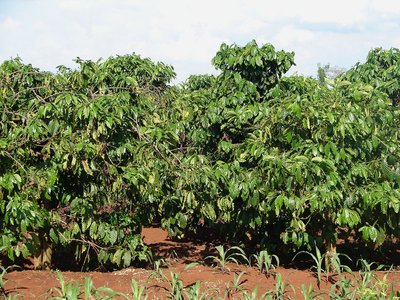 We passed stilt houses made by Ê Ðê, M’nong and Lao people. Many are beautiful wooden houses that would not be out of place on the prairie. Since each people has its own language, the people around here all speak three or four languages.

My driver, Gob (pronounced Yop), was Ê Ðê. He said that his people came from Indonesia. It is credible. The Austronesians got everywhere at one stage, even to Madagascar, and the Chams traded chiefly with Java. Certainly the aborigines of Vietnam were Austronesian. He says he can understand 80% of Indonesian words. Later waves of immigrants from China, including the Viet, pushed them into the hills, like the Celts in Great Britain.

At Yok Ðon I kicked off with an elephant ride. To get there we crossed the Serekot, a branch of the Mekong. It flows into Cambodia and then back into Vietnam.

The elephant was female, 38, and flatulent. Her name was Ylôm, which does not sound Vietnamese. We travelled through forest completely different from that at Cúc Phương. Cúc Phương is rainforest, extremely dense, the canopy invisible. Here the forest is deciduous and mixed, and much more sparse, often like an orchard. There are fewer birds, but they are visible. The trees at Cúc Phương could not survive at Yok Ðon, where there is a long dry season. When I visited we were already a month into the wet season, but the ground was still parched. In the dry season there are forest fires, and many of the trees have fire-resistant bark. 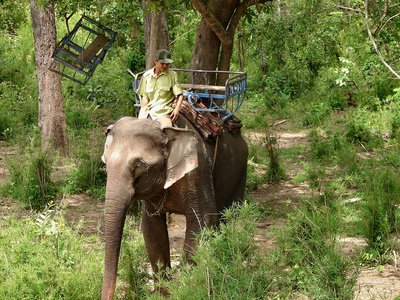 Elephants eat about 10% of their body weight every day. Ylôm eats 200 kg, I was told. At the national park they have five elephants; they work for six days and then have 20 days off (although that doesn’t add up).

Our mahout prodded the pachyderm by patting it continually with a heel. It’s an ancient profession, but not entirely so: while driving he made a call on his mobile. 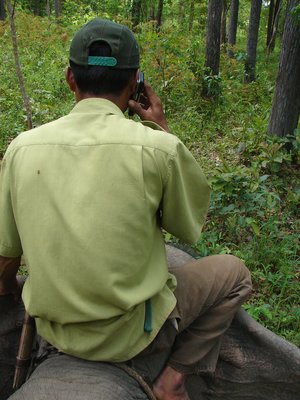 Riding an elephant again was a mistake. I had forgotten just how uncomfortable is its locomotion. You have to cling on for dear life and you go about half as fast as if you walked. I ended up with a bruised back again. 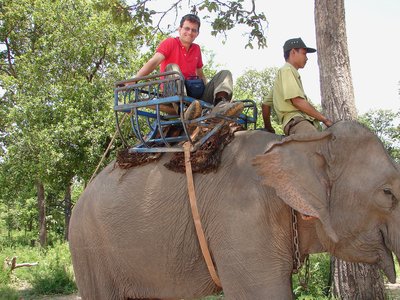 After the elephant ride I went for a walk with the guide assigned to me, Nĩa. We head for a 13 km walk and the pace is fast, so there is less opportunity to take all those photos of insects and flowers. 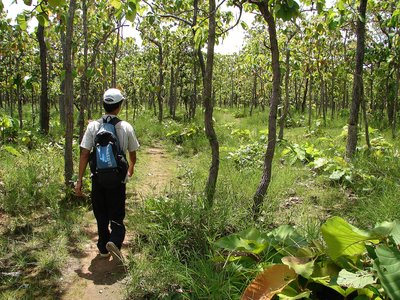 But here is a stick insect. It is not easy to see. 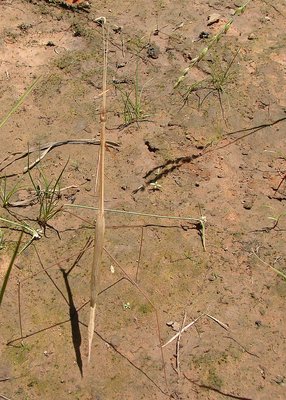 We disturb a flock of noisy green parrots. There are a lot of parrots and macaws in the park. Then, a hundred yards off to the right, we pass a couple of ponds. Standing in the ponds are immense waterbirds. Nĩa says they are very rarely seen. They are dark on top with white undersides, have enormous pickaxe beaks, stand well above a metre tall, and their wingspans exceed two metres. They are lesser adjutants, huge bald storks.

Birdwatchers come to the park to see woodpeckers, of which there are several species. The most common are large and pheasant-brown. Oddly enough, though, I didn’t hear the usual sounds of joinery. 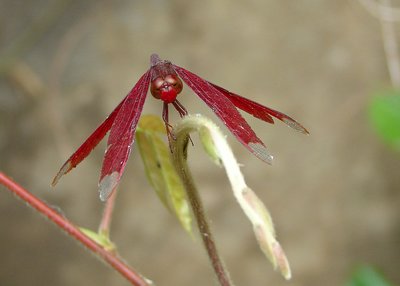 The avian highlight: an eagle, immense - amazing that it can fly through the forest. 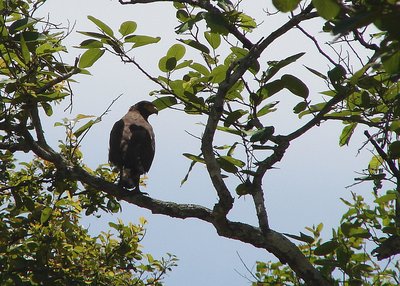 Thirteen kilometres, even on largely flat ground, has the same impact on the body as a walk of twice the length, or more, in the UK. 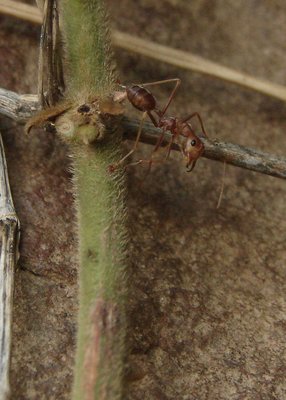 On the way back across the river the ferryman had to bail out for five minutes before we could move. He will have to find another job next year, as they are building a bridge on his beat. 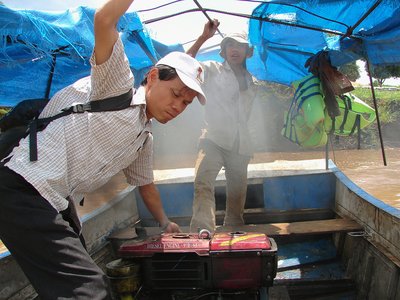 Then we headed a long way to the Dray Sap waterfalls. Dray Sap means ‘smoke falls’ in Ê Ðê. The Vietnamese call the falls Tháp Gia Long, since Emperor Gia Long built a bridge here. I may have said before that a waterfall is just a waterfall, but this is better: a 20-25 foot vertical drop and perhaps five cables wide. A mini-Niagara, complete with water vapour. 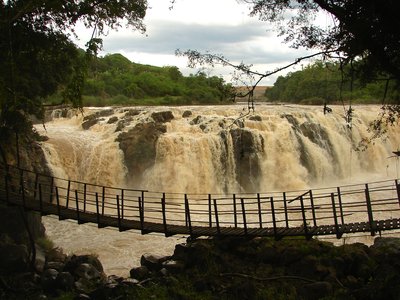 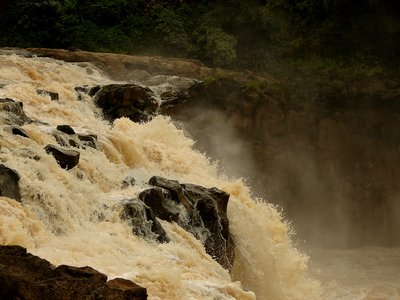 Since the last post I have been to Bangkok and Ayutthaya, and have just arrived in Sukhothai. I am eating extremely well.

Posted by Wardsan 21:43 Archived in Vietnam