I'll be spending Christmas, mostly, at Changi Airport. Here is a Christmas photo. 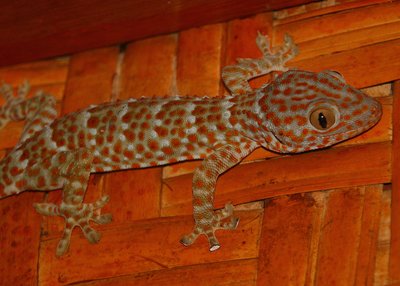 It is one of the loud geckoes, known in Indonesian as tokek , in Thai as tokay, in English as a tokay gecko and in Latin as Gecko gecko. This one was at Labuanbajo. Locals like them, as they eat some of the more irritating insects, and in Thailand it is auspicious to be born within the sound of a calling tokay.

The big wheel in Singapore, known I think as the Singapore Flyer, got stuck yesterday for a few hours. I took some photos of it during this time, but failed to notice. 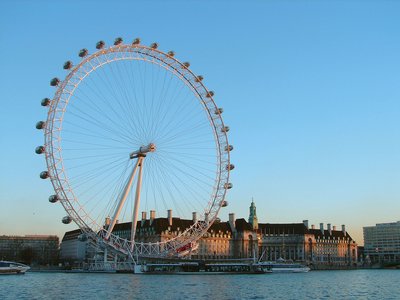 Ah. Actually that's the London Eye. The two are quite similar, although the Singapore version is 30 metres taller. 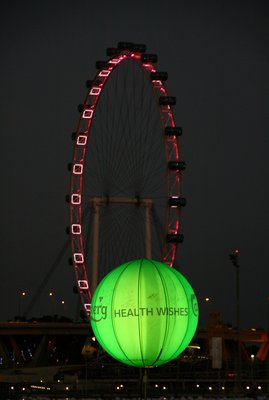 This is the opening paragraph of a piece by AA Gill in The Times yesterday.

Apparently, one in five affairs starts in the workplace. Which makes you wonder about gravediggers and deep-sea fishermen: “Olaf, you great halibut of a man, put my plaice on the slab and fillet.” Do doctors pull sickies? Any office you walk into, two out of 10 of them are going to be up each other. Which is, frankly, hard to imagine in most hardware stores, but perfectly believable in most bookshops. There are certain places where I assume everyone has everyone, and there are those where nobody’s getting any. MPs plainly hump each other like labradors on ecstasy, whereas the House of Lords rarely fingers the ermine. I’m certain that all call centres are gallivanting, open-plan orgies. I could swear that the last time Shani-Lee called me from Vodafone to ask if I was happy with my service, she was on all fours getting her 3G-spot charged up, downloaded and broadbanded. I just know that traffic wardens are all parking in each other’s residents’ bays. Actors famously can’t stop rehearsing their parts, however small. But I suspect that ballet dancers fail to see the pointe. And for all their promise and pert, pulchritudinous provocation, models hardly ever smudge the maquillage. They think love is best squandered in handbags. Accountants do it, actuaries don’t. Butchers do, bakers don’t, and candlestick makers burn it at both ends. Plumbers plumb, carpenters join, brickies lay. Scaffolders whistle for it, IT wonks control, command and escape. Van drivers deliver, cabbies ask for something smaller. Vacuum-cleaner salesmen suck, waiters spoon, panto dames are behind you. Mimes do it up against invisible walls, tailors fit nicely, publishers make advances.

Posted by Wardsan 23:41 Archived in Indonesia